Skip at All Cannings this weekend 30th-31st July

There will be a skip at All Cannings in the Long Pound this weekend, 30th to 31st July. END_OF_DOCUMENT_TOKEN_TO_BE_REPLACED 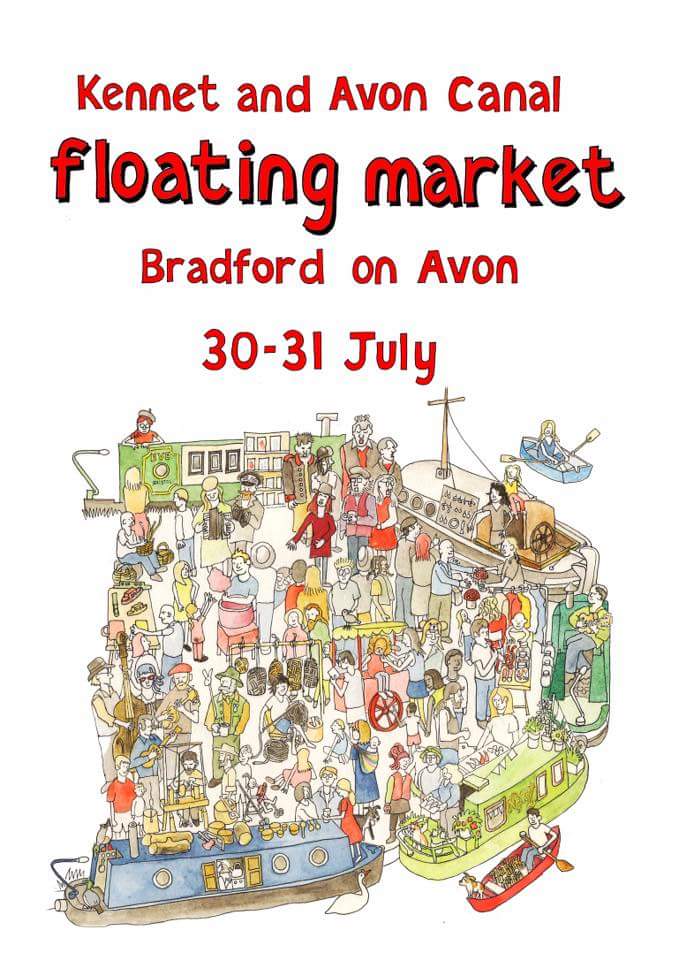 There will be a floating market on the K&A at Bradford on Avon on 30th and 31st July 2016, 10am to 4pm, below Bradford lock. END_OF_DOCUMENT_TOKEN_TO_BE_REPLACED

Liveaboard boaters and their supporters are invited to join a protest at Caen Hill, opposite CRT’s office in Devizes at 2.00pm on Saturday 6th August 2016 to express our opposition to CRT’s punitive and unlawful enforcement policy against boaters without home moorings. This policy has seen so many liveaboard boaters on the K&A having their licences restricted to 6 months, threatened with losing their homes, being pressured to give up their homes, and boat children’s education and welfare suffering due to the long distances they are being forced to travel to school. END_OF_DOCUMENT_TOKEN_TO_BE_REPLACED

There will be a showing of Off the Cut, the film by Wendy Zakiewicz, at the Bell in Walcot St, Bath this Saturday 16th July 2016, followed by some great sounds.

Following recent media coverage of CRT’s punitive policy towards boat dwellers without home moorings, especially the features about families on the K&A who are being threatened with the loss of their home because their children go to school, a boater has contacted us with these comments. Steve Haigh writes: END_OF_DOCUMENT_TOKEN_TO_BE_REPLACED

Mikron to bring chocolate factory to the K&A

Only joking, but the wonderful Mikron Theatre are again coming to the K&A, Wiltshire, Bath and Bristol on their historic narrowboat Tyseley between 10th and 30th July 2016.  END_OF_DOCUMENT_TOKEN_TO_BE_REPLACED

A primary school head condemned CRT’s enforcement policy against boats without home moorings as “inhumane” because of its detrimental effect on boat children, in a meeting between CRT chief Richard Parry and local MP Michelle Donelan. END_OF_DOCUMENT_TOKEN_TO_BE_REPLACED

Bradford on Avon Fringe  is showing ‘Off the Cut’, the film by Wendy Zakiewicz, followed by the K&A’s best known liveaboard boatie band Calico Jack at the Three Horseshoes, Frome Rd, Bradford on Avon on Wednesday 6th July at 8pm. This boatie double bill promises to be a great night. END_OF_DOCUMENT_TOKEN_TO_BE_REPLACED

You are currently browsing the Kennet and Avon Boating Community Website archives for July 2016.