The two Data Checkers (boat checkers) on the K&A, Paul Maidment and Matthew Preston, have recently had their job descriptions changed and are now called Licensing Officers. This means that as well as cycling or walking along the canal taking boat sightings, they also record details of unlicensed boats; decide which unlicensed boats to serve enforcement notices on, and serve the notices. The Licensing Officers now take boat sightings every two weeks on the K&A, not every week as they had been doing until January 2014.

There is still no news about whether CRT is going to appoint a second enforcement officer to replace Geoff Walters who died last September. Corrine Rotherham is still covering the entire K&A. The enforcement team has had a high staff turnover in recent years with a number of new recruits leaving after a relatively short time.

Another change, perhaps due to the difficulty in recruiting and retaining enforcement officers, is that CRT has contracted out parts of its enforcement process to other organisations. On the K&A, a Mr Thomas, who described himself as a “Process Server” has been seen serving court papers and enforcement notices on boats in the later stages of the enforcement process. Mr Thomas has refused to disclose to boaters the name of the organisation that employs him directly. However, CRT is known to use Sherforce – a company that provides bailiffs and associated “services” for evictions and debt recovery seizures. A Google search for “Sherforce” gives some alarming results. The picture shows Mr Thomas serving an LA4 on a boat in Great Bedwyn this April. 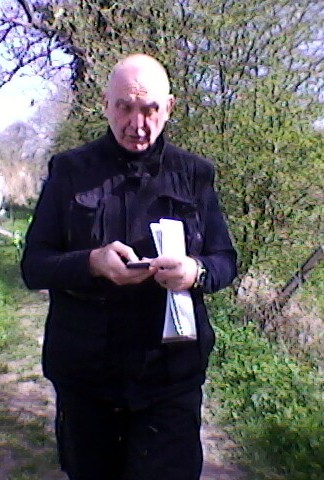 This entry was posted on Wednesday, August 13th, 2014 at 8:38 pm and is filed under CRT Policy News. You can follow any responses to this entry through the RSS 2.0 feed. You can skip to the end and leave a response. Pinging is currently not allowed.