Following news of Alton Parish Council’s aim to prevent boats mooring between the Barge Inn and Honey Street bridge, boaters were invited by parish council representatives to discuss their concerns. Three boaters met with the members of the parish council before its meeting on 14 March. They made several points; firstly, that removing a stretch of 14-day mooring space was a very big deal for boaters, especially in an area where the condition of the canal means there are a lot of places where boats cannot moor. They explained that this is a much bigger deal for liveaboard boaters than house dwellers may realise.

Secondly, they pointed out that to penalise all boaters for the actions of a few was unfair, and that enforcement powers already exist to remedy the late night noise and other issues that the parish council was most concerned about, both in powers specific to BW (byelaws, licence conditions etc) and in wider powers to remedy noise, litter and anti-social behaviour. They also told the parish council that peer pressure had been successfully applied to the people in question, and explained what boaters were entitled to do with regard to mooring and living on their boats.

The RBOA representative for the western K&A, Rich Burchill, proposed an innovative solution – rather than restricting mooring, the stretch of canal should be designated a “Quiet Mooring Zone” with signs saying it was supported by boaters, BW and the parish council. This is an idea that could be replicated throughout the canal system where needed. 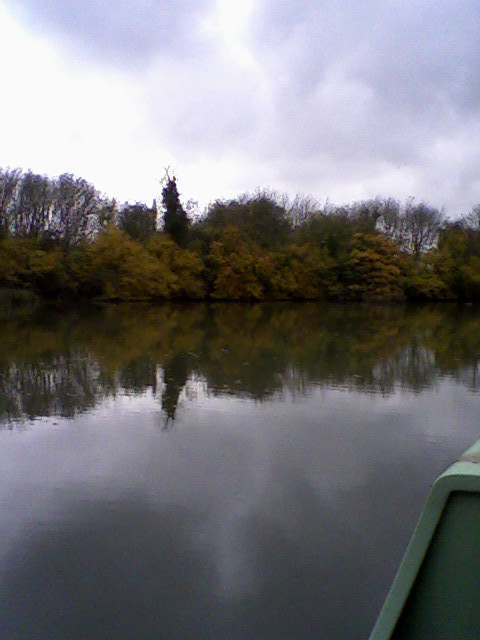 The Wide Water, in open countryside near Wilcot

Alton Parish Council maintained that the proposal to make the stretch of canal ‘no mooring’ had been an agenda item at every meeting for about 12 months because they had received no response to their complaint to BW, rather than any other reason. It had taken a complaint to the BW CEO Robin Evans to get some action from BW, and the parish council were pleased that Mark Stephens had agreed to inspect the stretch of canal with them (a boater also took part in this) and attend its meeting.

About 10 boaters attended the parish council meeting that evening, as well as Mark Stephens and Damian Kemp of BW. Ken Oliver, Wiltshire Council’s Canal Officer, also attended. The parish council agreed to consider the idea of a “Quiet Mooring Zone” as a way of solving the problem of noise from boats experienced by certain residents without penalising boaters unnecessarily, and to work with boaters to resolve any future problems.

This entry was posted on Saturday, April 7th, 2012 at 7:27 pm and is filed under Continuous Cruisers, Lifestyle, News. You can follow any responses to this entry through the RSS 2.0 feed. You can skip to the end and leave a response. Pinging is currently not allowed.