The recent Memorandum of Understanding between CRT and the Residential Boat Owners Association (RBOA) is a further indication of CRT’s efforts to divide boating organisations and reward those that support its policies while seeking to misrepresent and exclude those that challenge it. CRT has signed memoranda of understanding with the Inland Waterways Association (IWA) and the RBOA to date. 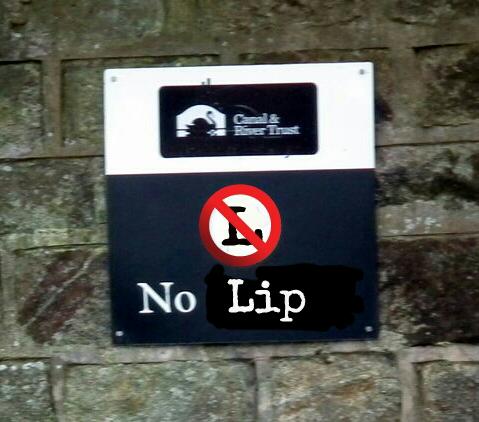 At the same time, CRT has rejected a number of complaints made by the National Association of Boat Owners (NABO) regarding the August 2012 changes to the boat licence Terms and Conditions. CRT’s response to these complaints has been very dismissive; for example, CRT stated that “We do not accept NABO’s position, just as you do not accept the Trust’s. It will be a matter for the courts to decide, as and when a specific case makes this necessary. As you know, we employ highly experienced and reliable lawyers, supported by learned Counsel to guide our policy and it is they to whom I must turn for guidance rather than NABO”.

CRT has also published a number of documents that significantly misrepresent the position of the National Bargee Travellers Association (NBTA). In particular, Sally Ash stated in a background note for a meeting with continuous cruisers on 28 November 2012 that “Some people claim that there is a basic human right to live on a boat without any restriction on mooring, a view argued passionately by the NBTA.” This is completely untrue.

The NBTA agrees that boaters should comply with the restrictions on boats without home moorings that are set out in Section 17 3 c ii of the 1995 British Waterways Act. What is at issue here is what test for compliance with Section 17 3 c ii was intended by Parliament. The NBTA’s research shows that Parliament intended the test for whether boats are complying is whether a boat has stayed for longer than 14 continuous days in one place without the longer stay being reasonable in the circumstances. CRT says that boats without home moorings must not only comply with the 14-day rule but must also follow a travel pattern that is in excess of the requirements set out in the 1995 Act. This additional set of requirements is set out in its Guidance for Boaters Without a Home Mooring.

On the other hand, CRT appointed the chair of NABO to its Navigation Advisory Committee last year while at the same time actively excluding the NBTA from the same committee. However, there is no indication at the moment that either CRT or NABO are seeking a mutual memorandum of understanding.

The January 2013 issue of NABO News summarises NABO’s complaints about the 2012 changes to the licence Terms and Conditions and CRT’s response. Non-members will be able to read this online in a few weeks time on the NABO web site here http://nabo.org.uk/reference/nabo-news-back-issues  It costs £15 per year to join NABO.

The RBOA appears to have had a close relationship with BW/ CRT for some time; former RBOA Chair Rex Walden and former BW Boating Team member Madge Bailey set up a company together in July 2011 called the Moorings Development Company Limited. The RBOA has considerable expertise on many issues regarding moorings. However its recent briefing on continuous cruising wholly supports CRT’s interpretation of the law. The RBOA favours the provision of permanent moorings for liveaboards rather than the defence of the right to live on a boat without a permanent mooring. You can download it here

This entry was posted on Tuesday, January 22nd, 2013 at 4:56 pm and is filed under Continuous Cruisers, CRT, CRT Policy News, News. You can follow any responses to this entry through the RSS 2.0 feed. You can skip to the end and leave a response. Pinging is currently not allowed.