An open meeting last night with Richard Parry saw the CRT Chief Executive tying himself in knots trying to convince the audience that the K&A Interim 12.month Local Plan is not dead in the water. He refused to comment on whether the fact that the K&A Local Plan would operate for one year only meant that it would then be quietly dropped, and denied that CRT has received legal advice that it would be unlawful to offer such local arrangements on a permanent basis without offering the same deal to boaters everywhere.

Mr Parry stated that any local policies had to be tested against the filter of a national position and that things had moved on since the 2009 consultation on local mooring strategies which was “5 years ago” and “only a step on the way”. He said that, contrary to Sally Ash’s declaration in 2009, no local mooring strategies were being developed for the Shropshire Union canal or for Staffordshire, and that the development of a local plan for the K&A was unique because of the work done by the Local Waterway Partnership.

The questioner stated that the process started before the Local Waterway Partnership took it over, and many people who had contributed their time voluntarily on the Local Mooring Strategy Steering Group had had their time wasted. Mr Parry replied that the questioner did not represent those people; the boater pointed out that she had sat on the Local Mooring Strategy Steering Group between 2010 and 2011. Many others in the room had been part of that steering group. 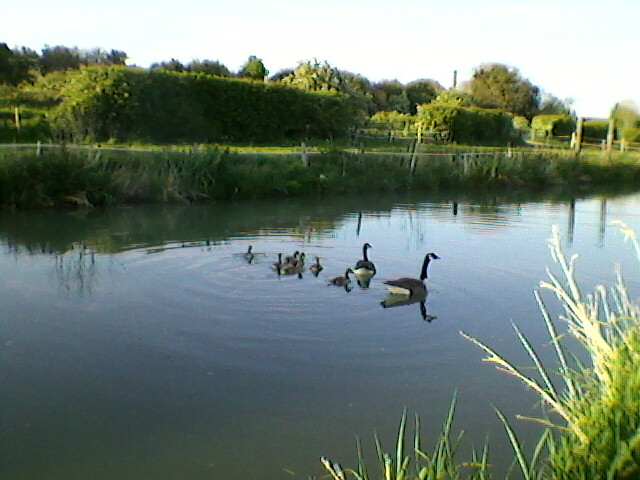 Mr Parry added that CRT did not want to create a lot of different local schemes because that would be chaos, at which the questioner asked if that was the reason Sally Ash was asked to retire. This was denied by the Chief Executive who claimed that Ms Ash’s retirement was planned with her family.

The attendees of the meeting in Devizes raised a number of other questions. A local group secretary of the K&A Trust involved in running boat trips stated that boats moored “bumper to bumper” on the canal were appalling hovels, an embarrassment to the public who came on the boat trips, and that one of them “even had chickens on the towpath”. She asked Mr Parry what CRT could do to make them “clean up their act”. Richard Parry responded by saying it was not CRT’s role to get into that, only to ensure that boats were safe, licensed and observed “our rules”. He stressed that safety was the most fundamental thing and that boaters can decorate safe boats however they choose.

In response, a resident of Avoncliff expressed support for her liveaboard boater neighbours and stated that the real problem is badly driven hire boats full of drunk stag parties, who spoil the canal for walkers, local residents, cyclists, liveaboard and leisure boaters alike.

This entry was posted on Thursday, May 22nd, 2014 at 11:36 pm and is filed under CRT Policy News, News. You can follow any responses to this entry through the RSS 2.0 feed. You can skip to the end and leave a response. Pinging is currently not allowed.