In an email exchange with a boater, Sally Ash said recently that “I honestly don’t know what I’ve done to generate such CC militancy and become such a hate figure!!” The boater had sent a complaint headed “Continuous Hassle” to one of the local CRT offices about the treatment of continuous cruisers. He was surprised to find Ms Ash responding from Head Office.

Perhaps Sally Ash has become such a hate figure because of statements like “But we have to control the number of boats … The only way we can do this is through price, and some people will have to suffer“, which was reported in the Guardian on 9 March 2011 in an article on the proposed Lee and Stort Mooring Strategy, which was abandoned in September 2011 after widespread opposition.

Below is the email exchange in full: 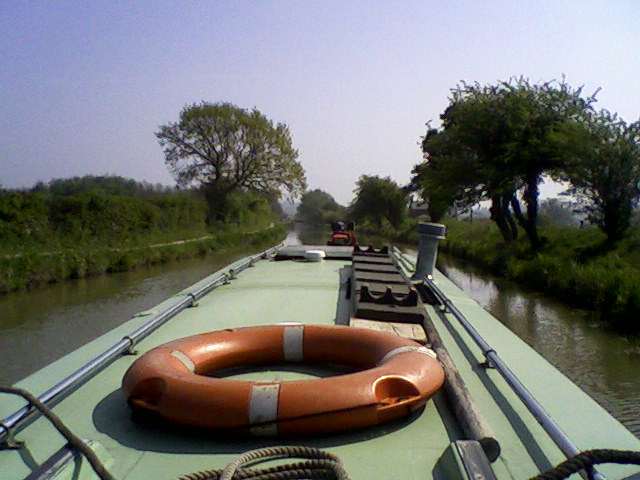 Dear  CRT Local Office,
Is it right that we pay your wages from our taxes, from our boat licenses and more but you spend it making our boating lives ever more difficult?
I have in mind your continuous price increases,  your continuous making up of the law as you go along  and your continuous mass surveillance.
And you have the brass neck to get hot under the collar about continuous cruising!
Who ever would think we were your customers!
Why ever did we ever think CART might offer us a fresh start?
Just a thought!
SG

Dear SG
It’s obviously a matter of judgement.  You are entitled to your views but we obviously don’t share them.  I’m very sad that you feel this way.
Sally Ash

You may care to reconsider your judgement as I will mine.
Likewise I am sad you don’t see my point of view.
I feel there’s a chasm to cross.
Shoosmiths seem to be very busy
Enjoy your bike ride next month.
Regards
SG

Don’t be too pessimistic about the Trust SG.  I suggest you engage the boater representatives on Council if you want to see a change in policy.  It is they and the trustees who are now responsible for this.
You’re right about the chasm and I only wish there were a way of closing it while keeping all boaters happy and the trust’s resources sufficient for us to be able to achieve that.
Thanks for the good wishes – can really recommend road biking for boosting stamina!
All the best
Sally

Dear Sally
The Trust wont want me with boosted stamina.
Seems I’m proactive enough for you to deal with without getting better at it.
Just hope the Trust’s first debate on CC in September doesnt make life more difficult for us.
There seems to be a good deal of prejudice around the table and no representation from us.
Robin Evans advises he knows what we think and therefore our presence is not required.
We say we know what he thinks and believe thats why we need to be there.
I’m not holding my breath.
All the best
SG
PS. Its less resources that are needed, more a change in mind-set.

Dear SG
Where’s the evidence of prejudice?  Aren’t you just using this to mean views which you don’t share?
We’re genuinely trying very hard to strike a fair balance between different boater’s interests and have appointed a continuous cruiser to our new Navigation Advisory Forum.
Sally

Dear Sally
Conceivably.
But the proof will be in the pudding.
What you say sounds good. Just hope it reflects the outcome.
Don’t want to land up crying ‘you didn’t try hard enough’.
But thanks for the assurance.
Can’t believe you didn’t try very hard whilst you were BW and there wasnt a conclusion except to upset a lot of CC’s
Kind regards
SG

You’ll probably find this hard to believe, but I honestly don’t know what I’ve done to generate such CC militancy and become such a hate figure!!
The reason we haven’t got a conclusion is more that I do keep listening and striving in vain for understanding!
I’m looking now for trustees to get a grip and give a steer.
SA

Sally,
In the spirt of the new charity I can offer you some guidance if you could accept it.

This entry was posted on Monday, September 17th, 2012 at 9:57 pm and is filed under Continuous Cruisers, Letters to BW and others. You can follow any responses to this entry through the RSS 2.0 feed. You can skip to the end and leave a response. Pinging is currently not allowed.