At the K&A Users Forum on 23rd April 2014, Waterway Manager Mark Stephens agreed that he would speak to Wiltshire Council about re-instating the boaters’ rubbish bins at Devizes Wharf, where there is an Elsan disposal point, pump-out and water tap. However, enquiries last month by boater and journalist Bob Naylor elicited a statement from CRT’s contracts manager Richard Harrison that there are no current plans to re-instate the bins. Mr Harrison claimed that the bins were pushed into the canals ‘on occasions’ and that the ‘vast majority’ of the rubbish was from the general public and not from boaters. In addition, there is still no sign of the re-instatement of rubbish bins in Hungerford.

A boater who had a mooring at Devizes Wharf for 30 years stated that he did not know of any occasion when the bins were pushed into the canal. And the proprietor of White Horse Boats, based at Devizes Wharf, said: “There has been very little abuse of the bins by non-boaters, and a compound with a BW key would probably stop this. We really do need bins back with the number of boats stopping over in Devizes now.” 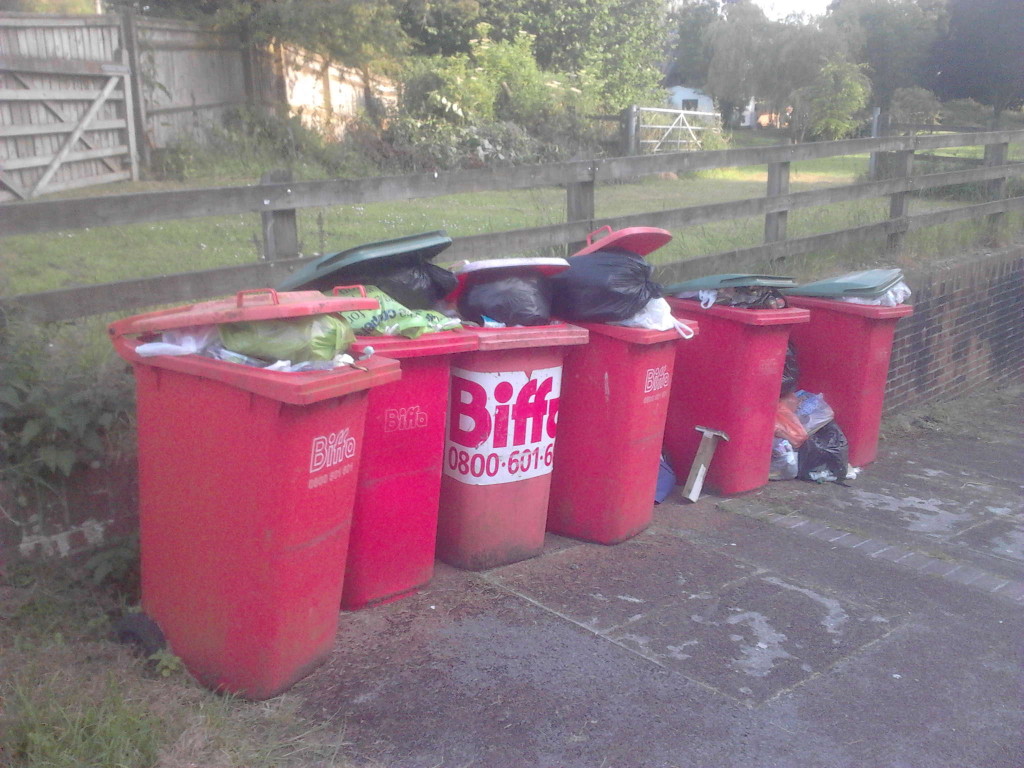 At the CRT open meeting with Richard Parry in Devizes on 21st May a boater who raised the subject of rubbish disposal was challenged by Enforcement Officer Corrine Rotherham said: “I must just ask a question of you. As a resident, if I want to dispose of something like a washing machine I am expected to take it to a tip… if I want to dispose of batteries I must take them to the tip. Why should it be different for anyone else? That’s my question to you.”

But the point at issue was the disposal of everyday waste of the type that the Council collects from the home of Ms Rotherham or any householder. Boaters dispose of a similar amount of waste and with very few recycling opportunities along the K&A they are likely to produce more.

You can read the full article by Bob Naylor here http://kacanaltimes.blogspot.co.uk/

This entry was posted on Wednesday, October 22nd, 2014 at 4:52 pm and is filed under News. You can follow any responses to this entry through the RSS 2.0 feed. You can skip to the end and leave a response. Pinging is currently not allowed.