CRT is holding another consultation on methods for allocation of its directly managed moorings, but despite the previous consultation in 2008 showing overwhelming opposition to the principle of an auction system, it is refusing to even consider abandoning the auctions. In addition, the consultation only runs for one month, in contravention of the law on consultations. If you oppose the mooring auctions, please respond to the consultation before 3rd November expressing your opposition. Send your response to mooring.updates@canalrivertrust.org.uk. Or make a formal complaint.

In August 2007 BW unilaterally suspended the waiting lists for its own moorings and imposed an auction system in October 2007 without any prior consultation with boaters. BW reported 80 written complaints about this action, many from people who had been unceremoniously thrown off the waiting lists, some of whom had waited for years and were near to getting a mooring. NABO and RBOA also opposed the auctions. After the auctions had been running for some months, and following complaints about the lack of consultation, BW consulted in May 2008 in which the responses showed overwhelming opposition to the mooring auctions but BW still went ahead with them.

The petition, started by Simon Robbins, the NABO representative for London, calls on CRT to withdraw the current consultation and only to re-issue it once it includes an option to measure support for scrapping the policy of allocating vacant moorings to the highest bidder. You can sign it here

CRT says “We wish to adapt the way that we price, allocate and sell our long term moorings to provide a greater range of mooring options for prospective customers…We are therefore not proposing to go back to a waiting list arrangement for allocating moorings, nor open up the debate about the merits or otherwise of the auction system – we still believe that using an open auction generates independent, transparent data on the market’s willingness to pay for our moorings”. 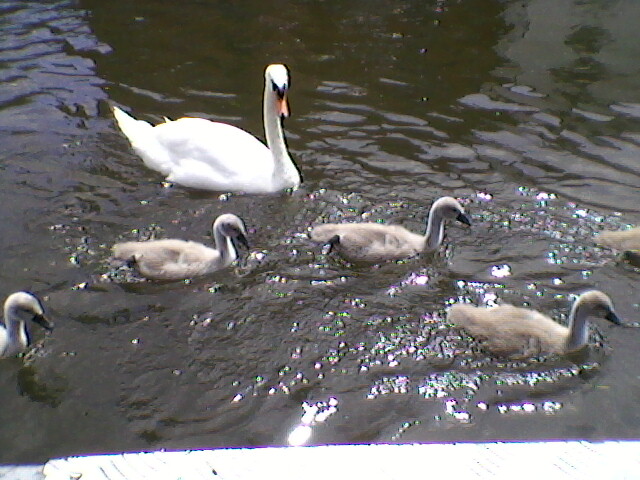 Simon Robbins says “Despite consistent opposition to the policy since its outset from organisations such as the National Association of Boat Owners (NABO), The Residential Boat Owners Association (RBOA) and other representative groups; despite criticism from the Environment Committee at the Greater London Authority, which stated; ‘CRT should review its system of auctioning moorings, and seek a system that is fairer to those using and contributing to the waterway network.’ (see Recommendation 3 in ‘Moor or Less: Moorings on London’s Waterways’, Nov 2013;

and despite the All Party Parliamentary Waterways Group stating, ‘The APPG believes that this policy needs to be reviewed to encourage more diversity on the waterways’, (See link to the report in

and despite many other critics of its policy, CRT has not included an option to reconsider the policy as a whole in its current consultation. Many believe the policy artificially inflates moorings prices as the policy only takes account of the maximum amount someone will pay for moorings. Many people believe that the detailed auction procedures are far from transparent and many allegations of unfairness and suspected manipulation of the process by CRT have been made. Many believe that the setting of reserve prices represents a mechanism to artificially inflate prices and cite examples of where moorings have repeatedly been left un-let at the reserve price, suggesting that the reserve price is more than the market can stand. In addition it appears to many that the process of seemingly setting reserve prices too high means CRT may be foregoing rental income in order to fix market prices.

The standards for consultation are set out in the judgement R v Brent LBC ex parte Gunning [1986] 84 LGR 168: “To be proper, consultation must be undertaken at a time when proposals are still at a formative stage; it must include sufficient reasons for particular proposals to allow those consulted to give intelligent consideration and an intelligent response; adequate time must be given for this purpose; and the product of consultation must be conscientiously taken into account when the ultimate decision is taken”

This judgement forms the basis of the HM Government Code of Practice on Consultations, which CRT claims on its web site that it follows. However CRT has been known in the past to claim that since the transfer from BW it is not obliged to follow this Code of Practice. This may be the case, but the law on consultations means that the standards set out in the Gunning judgement must be followed wherever consultation takes place.

This entry was posted on Friday, October 17th, 2014 at 1:29 pm and is filed under CRT Policy News, News. You can follow any responses to this entry through the RSS 2.0 feed. You can skip to the end and leave a response. Pinging is currently not allowed.