CRT announced last week that it had allocated £225,000 towards upgrading sanitary stations on the K&A and in the North West, the Midlands and London as part of a new programme of improvements throughout the system that also includes dredging and offside vegetation cutting.

Boaters have discussed the shortcomings of facilities on the K&A with manager Mark Stephens in several meetings recently. Last year boaters also sent Mr Stephens a petition objecting to the closure of rubbish disposal facilities; Mark Stephens subsequently agreed to re-instate rubbish disposal at Hungerford and Devizes Wharf. It is not known yet whether any new facilities will be created on the K&A apart from the existing plan to install a water tap at Avoncliff. 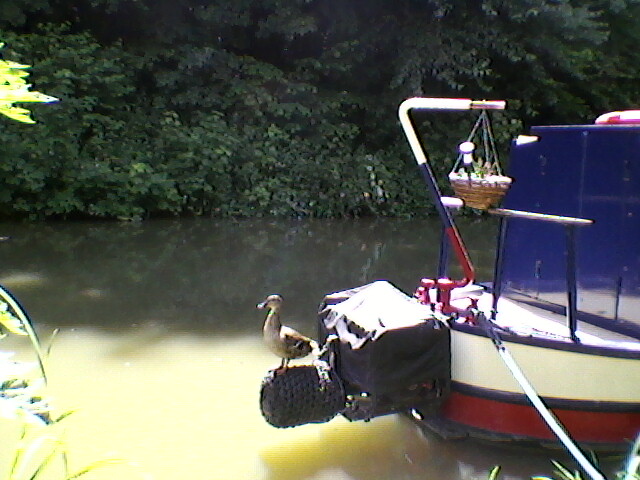 CRT’s Navigation Advisory Group recently assessed the adequacy of boater facilities throughout the waterways using the K&A as a case study. Although CRT has announced funds for extra dredging, the K&A is not covered by the new funding. Major dredging on the K&A was already scheduled for 2015-16 as Mr Stephens announced at the User Group meeting this April.

You can read the text of CRT’s announcement below:

£3m additional investment to improve the nation’s waterways for boaters

We’re thrilled to announce a £3m package of additional investment in the waterways to improve the experience for boaters and other visitors.

Around £2m will fund dredging projects on the Erewash Canal, Trent & Mersey and a number of sections of the North Stratford Canal. This completes the full £7m dredging programme that we will deliver this year, as part of our commitment to deliver £80m of dredging over the ten years from 2013.

In addition, just over £1m of new money will go into a variety of other customer service improvements such as further vegetation management, repairing waterway walls and towpaths, improving sanitary stations and mooring locations and making lock operation easier.

This additional investment is available because we are anticipating that we will exceed our revenue target for the year and earn more money than originally planned.  The investment will be targeted at specific projects across the network, identified locally from customer feedback.

The additional work will include:

Improving sanitary stations on the North West and Midlands canals, the Kennet & Avon Canal and in London
Lock operation improvements on the Calder & Hebble and Huddersfield Narrow Canal
Tackling more offside vegetation in the South West, London and on the Shropshire Union Canal
Providing better visitor moorings in Chester, Macclesfield, London, Birmingham and the East Midlands

The plans have the support of our independent Navigation Advisory Group – a panel of boaters from a variety of backgrounds who provide advice and feedback on issues including safety, maintenance, moorings and licensing.  Boaters are invited to send any further suggestions to their local waterway team.

Richard Parry, chief executive of the Trust said: “It’s great news that, thanks to a lot of great work behind the scenes, we’re in a position to put this extra investment into improving things for our boating customers.

“I’ve spent a lot of time listening to boaters, through my series of open meetings and elsewhere, and I know that these are some of the things that have a real bearing on their experience of our waterways. That’s why I’m very pleased that, with guidance from our Navigation Advisory Group, we can target this investment at those areas we know will really make a difference.

“We’ve made clear our commitment to improving things for customers as part of our strategy for the next ten years, and we want to maintain the dialogue with boaters to ensure that, when opportunities arise to increase our spending, we can be responsive and apply our resources to make a positive difference.”

Mike Carter, chair of the Navigation Advisory Group added: “It is great to see the Trust delivering on its commitment to invest to improve those services that boaters value the most. My Group has appreciated the chance to input our experience into this process.”
The projects

The projects will take place between now and April 2015, and the breakdown of the additional investment is as follows:

This entry was posted on Wednesday, August 13th, 2014 at 8:30 pm and is filed under CRT Policy News. You can follow any responses to this entry through the RSS 2.0 feed. You can skip to the end and leave a response. Pinging is currently not allowed.