CRT’s interim Regional Director for Wales and the South West, Jon Horsfall, confirmed on 18th July 2019 that CRT remains “committed to delivering” the strategic programmes that were devised by former regional director Richard Thomas in conjunction with User Group Forums in 2018 and 2019 and a study day in which the liveaboard boating community was significantly under-represented despite efforts to persuade the former director to include us.

The “strategic programme” is likely to result in greater enforcement and intrusion into the homes and privacy of liveaboard boaters. Unusually, all the local enforcement staff: supervisor Sheila Shaw and enforcement officers Corrine Rotherham and Matthew Preston, were present at these User Group Forums.

The “outputs” from the Kennet and Avon User Group Forum on 8th November 2018 include:

“20. The volume of boats on the canal is causing concerns about the impact on quality of life for those living/ using the canal and damage/ wear and tear caused from mooring and use of locks etc.

Trust’s Intended Action – To be investigated.

22. Genuine cruisers are constantly frustrated by boaters who overstay and abuse the 14-day rule.

Trust’s Intended Action – To be discussed with various departments to try to contain and eliminate this ongoing issue.

24. The Trust is too lenient on those who abuse the system

All three actions are to be included in the “Communities’ Strategic Programme for 2019/ 2021”.

These proposals are depressingly similar to the discredited local mooring strategies devised by Sally Ash, former Head of Boating up to 2014. The specific action items 20, 22 and 24 amount to an invitation for prejudiced individuals to dictate the agenda.

The “Communities on the Western K&A” draft for discussion circulated at the User Group Forum on 5th June 2019 includes proposals for a short term moorings review, completely ignoring the fact that two reviews of visitor moorings covering the entire Kennet and Avon Canal were carried out in 2015 and 2017. This proposal raises the ominous threat of all “short term”, in other words 14-day moorings, coming under review to the disadvantage of those who need them most, that is itinerant liveaboard boaters. The reason for the proposal is given as “to try to ensure that mooring space is available fairly for all canal users”. The former regional director stated that daily checks and “pay and display” will be explored, regardless of the fact that the Standard Canal & River Licence entitles boaters to access to all the CRT waterways without further payment.

We are increasingly seeing the concept of “fairness” being applied unequally and used to justify enforcement against boaters without a home mooring, in denial of the fact that those who live on their boats should have greater protection due to their rights for respect to their homes under Article 8 of the European Convention on Human Rights.

The draft for discussion also states “We will be patrolling mooring zones more frequently and there will be towpath rangers present along the canal to do this”. CRT is currently recruiting three towpath rangers and they are expected to be in post shortly. We can therefore expect to see more harassment of liveaboards by these proposed towpath rangers and also by the proposed Canal Watch Zone between Bath and Bradford on Avon that “involves everyone” but will undoubtedly generate more complaints from prejudiced individuals against liveaboard boaters simply going about the legitimate day to day activities of living on a boat. 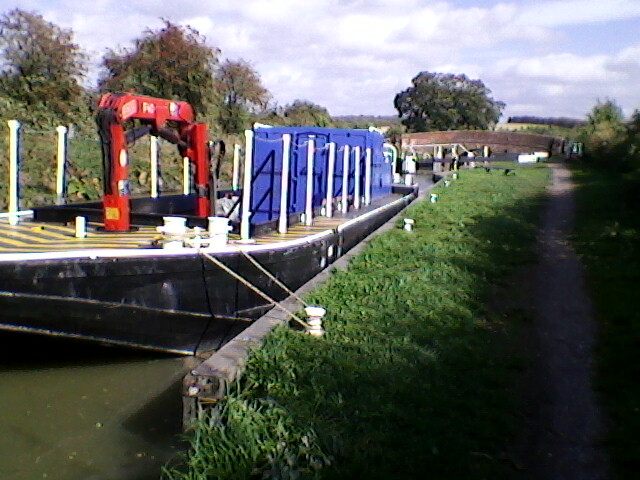 Moored on a lock landing for several days – one for the towpath ranger?

CRT’s former regional director also stated at the User Group Forum on June 5th that long term moorings are an issue. He did not clarify this, but enforcement at long term moorings could effectively serve to force liveaboards off the water given CRT’s enforcement strategy of refusing to renew they licences of boaters they consider to be ‘non-compliant’ unless they take a mooring.

Added to this is a proposal to “maintain a clear towpath policy where possible”. This could result in liveaboard boaters’ property that is vital for day to day life, such as wheelbarrows, bicycles, buggies and children’s toys being up for grabs by overzealous enforcers, as happened in November 2015, and the subject of yet more prejudiced complaints about our community.

The proposals also include plans for better measures to deal with anti-social behaviour by hire boat stag parties; and plans to find more sites for boaters’ rubbish disposal, Elsan disposal and water taps, including the possibility of installing more dry mixed recycling facilities: CRT has been working on a ‘funding in kind’ proposal to local authorities for rubbish disposal. These measures will be welcome, but the greater intrusion of enforcement into our everyday lives is not welcome and will not improve relationships between liveaboard boaters and CRT or between our community and other waterway users.

The Outputs from the Communities on the Western Kennet & Avon Canal Strategic Study Day on 29th April 2019 under the heading “Share the Space” include the following intended actions:

“Licencing process and requirements under review.

We will cover these planned national measures, which are likely to have a further significant adverse impact on the community of itinerant liveaboard boaters, in a separate article.

The Outputs also state “It is achievable for families with school-age children to fulfil continuous cruising requirements and have their children attend school”. The intended action is “To consider how to communicate better with those boaters with school-age children”. This implies that CRT intends to carry on with its current enforcement practice regarding liveaboard boaters with school age children, but plans to dress it up in language that makes it easier to manipulate boaters into believing that CRT is right.

Below is the full text of interim Regional Director Jon Horsfall’s 18th July message to the liveaboard boating community on the K&A:

Good afternoon, I would like to take the opportunity to introduce myself as the interim Director of Canal & River Trust in Wales & South West.

As a significant local stakeholder, I wanted to reach out to you during this period of change within the Trust, to ensure that there remains clear and open communication between us.

We recently shared our six strategic programmes and as a result we have had many valuable contributions. Be assured that we remain committed to delivering them. Alongside our ambition as a Waterway and Wellbeing charity they are a commitment to improving the benefits our waterways can bring to communities and visitors across Wales and the South West.

I would also like to use this opportunity to let you know to get in touch with me if you have an important issue or concern you would like to discuss.

This entry was posted on Tuesday, August 6th, 2019 at 6:31 pm and is filed under CRT Policy News, News. You can follow any responses to this entry through the RSS 2.0 feed. You can skip to the end and leave a response. Pinging is currently not allowed.