Several boaters attended the Kennet and Avon User Group meeting on May 3rd and among other information, found out that temporary facilities at Dundas would be installed on May 14th; that drought restrictions are still in force, and that the Local Mooring Strategy proposals were due to be reviewed by the Local Waterway Partnership. Two boaters sent a report: 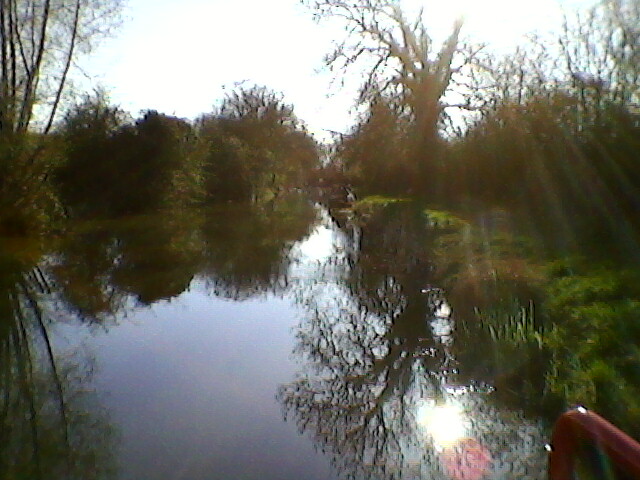 Mark Stephens (the K and A Manager) apologised for the delay in the Dundas pump out repair.  He assured us that a temporary one will be up and running by the 14th May.  I’m not sure about the Elsan.  There was also talk about the Pewsey Elsan which is continually blocked.  He said that it was to do with people mis-using it.  Another boater pointed out that if somewhere was continually blocked (which previously had not been so), was it possible that there was a problem with it being blocked a bit further down the pipework and that when it was being fixed, it was actually not touching the real problem.  He said he would look in to it. He also said that BW had no responsibility to provide sanitary services [the 1968 Transport Act empowers BW to provide facilities but does not require BW to do so].

There was some talk of dredging (not much).  Someone asked about the situation of the bridge just west of Pewsey (in between Pewsey and Wilcot) which is very bad at the moment.  Mark made a note of this as a ‘thing to do’. There was a lot of talk about water shortages and water levels and Mark produced some graphs to show where we were at the moment.  There was a lot of talk about saving water by encouraging, and then forcing boats to wait at locks so that they travel in pairs etc.  Apparently he is in contact with the hire boat operators on a weekly basis and they keep on assuring him that they are doing all they can.

Quite a few people complained about the bins not being emptied by Biffa.  Mark said that we should email him and tell him when bins are not being emptied at the time when it happens.  That way he can do something about it.  Seemed reasonable.  There was talk about why the bins in Devizes had been taken away, and he said that was because it was costing them too much because of businesses etc that had nothing to do with the canal abusing it.  I suggested that they repositioned it just out side of Devizes at Coate bridge for instance and he seemed to think that it was a good idea. We see what happens.

I also brought up the need for more recycling points.  He responded by saying that recycling was difficult and different to recycling at houses because houses had their own bins and were more likely to manage it better – whereas large recycling bins, such as those by the canal, were easily ‘messed up’ and if there was wrong stuff in it, then the whole lot is impossible to recycle.  It was more complicated.  I answered that actually it was just as complicated for councils too.  I know that Lewisham get customers to put all their recycling stuff in to one bin (glass and paper and plastics etc all in one) and that it is then organised out at the depot. Hackney has vans with multiple openings that sort out the recycled stuff actually on the street ,with the operatives doing it there and then.  I’m presuming that it is quite an expensive job and councils do it because they will get shafted with landfill payments from central government if they don’t achieve their targets.  It would be interesting to see if there is any such incentive for BW and how much extra it would cost.  Someone suggested a floating skip by BW for recycling purposes.  People laughed but I thought it was quite a good idea!

The Local Mooring Strategy proposals have been forwarded to the Kennet and Avon Local Waterway Partnership for review; the public consultation will take place after the Partnership has done this.

This entry was posted on Saturday, May 5th, 2012 at 5:37 pm and is filed under BW Policy News and FOI Act Requests, Events, Mooring Strategy Committee, News. You can follow any responses to this entry through the RSS 2.0 feed. You can skip to the end and leave a response. Pinging is currently not allowed.