Mark Stephens, the Kennet and Avon Canal Manager, has responded to a complaint from a boater with the following news about the closure of the sanitary facilities at Dundas. He stated: “Thank you for your email and thank you for drawing this matter to my attention. I have raised this issue with my colleagues who are dealing with it.

I agree that the existing situation is not satisfactory. Furthermore, with respect to the re-build of Dundas, I can confirm that this work is unlikely to commence prior to August 2012, partly due to on-going investigative work (the building is subsiding) and partly due to the Planning process that will be followed. Clearly, interim measures are required, details of which I will share with you.

I will provide a full response to your query within the next seven days and as you propose, publish a programme for repair works that will lead to reopening the Dundas facilities.”

The K and A Manager was responding to this complaint from an inconvenienced boater:

“I am extremely concerned that the Elsan disposal and pump out at Dundas basin have been out of action since November 2011 without a temporary replacement being installed. This has caused me (and many others) a great deal of inconvenience. It is completely unacceptable that there are no BW sanitary facilities on the Kennet and Avon canal west of Bradford on Avon.

I therefore wish to make a formal complaint in accordance with the BW complaints procedure; please treat this letter as a Level 1 complaint. To resolve my complaint, please provide a temporary Elsan disposal point and pump-out at Dundas basin immediately, and please publish a timetable for the re-opening of the permanent facilities in the Dundas wharf building.”

The Elsan and pumpout were closed on 4 November 2011, inconveniencing many boaters including those pictured below who cruised to Dundas in December 2011 for the Boaters’ Christmas Carol Service held by Canal Ministries. 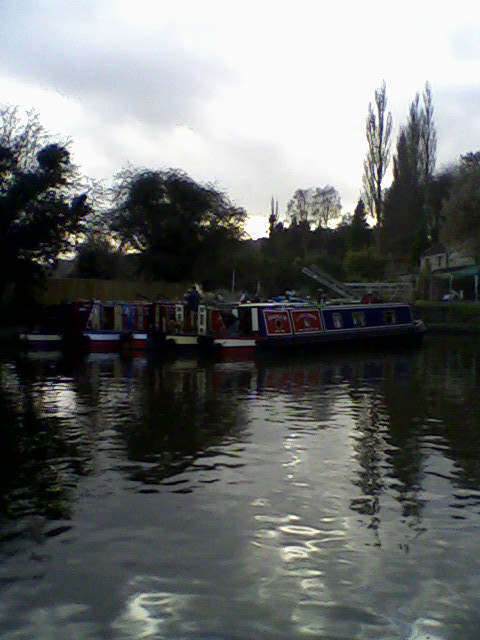 This entry was posted on Friday, March 9th, 2012 at 5:40 pm and is filed under Letters to BW and others, News. You can follow any responses to this entry through the RSS 2.0 feed. You can skip to the end and leave a response. Pinging is currently not allowed.