An enforcement officer on the Grand Union Canal recently emailed a boater without a home mooring telling them how far they should travel in order to comply with s.17 3 c ii of the 1995 British Waterways Act. He said “… if your craft is seen to be travelling in excess of 17km, moving from place to place every 14 days (unless local restrictions apply) turning around to genuinely cruise in the opposite direction there should be no issues”. This is despite a document in December 2012 by CRT Head of Boating Sally Ash stating that it would be unlawful and beyond CRT’s powers to tell boaters how far they must travel to comply. Many boaters have complained about receiving CC1 and CC2 enforcement notices from CRT and BW alleging they have not travelled far enough to comply with CRT’s legal requirements but not receiving a substantive answer when they have asked how far they must travel to comply. In Towpath Mooring QA Ms Ash had answered that frequently asked question by stating that to do so would be beyond CRT’s powers.

Below is the full email from enforcement officer Phil Brogan in reply to the boater who had asked how far they must travel to comply: 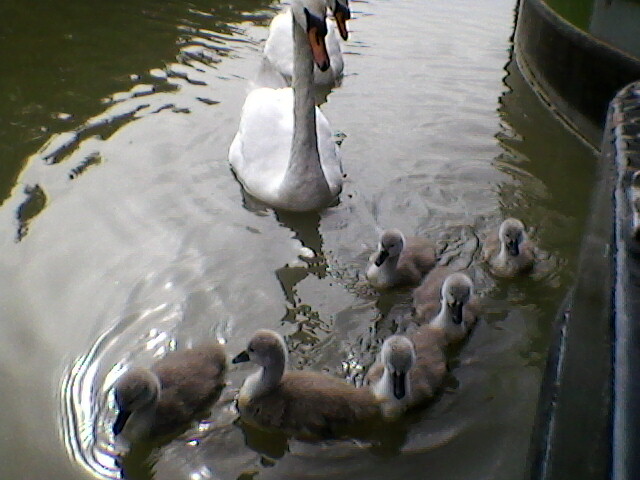 Many of the ‘Places’ through the Grand Union Canal are generally bordered by Locks or Bridges. For Example Berkhamsted is currently considered to be from Lock 50 to Lock 58. Northchurch is from Lock 50 heading Northwards to the end of the residential properties above Lock 49 from here to Lock 47 is currently considered Dudswell. Lock 47 to Lock 46 is classed as Cowroast with the Tring Summit Visitor Mooring covering from Lock 46 to Lock 45. These places are taken from the Nicholson’s guide and other canal based maps which show the places by name and also show the Lock or Bridge numbers within that area.

A visitor mooring is a sign posted clearly marked site which is deemed to be an area supplying facilities for boaters, these facilities are not necessarily ones supplied by CRT as a Supermarket is considered a facility. These visitor mooring sites generally have a limited return time rule and can carry an overstay charge of £25 per day. Taking this information in to consideration you can see why we feel that the original ‘Tring Summit’ visitor mooring is considered to lengthy. However until this site is amended I feel that it would be unfair of me not to highlight this site as I am sure that you do not wish to be caught out in excess of 14 days in this stretch incurring charges or being at risk of having your licence revoked.

We do not set a time limit on return Journeys however what we do state in our guidance is that a craft should move from Place A to Place B and then to Place C not back to A this in itself infers a progressive Journey. The guidance also states that turning around is permissible if a craft reaches a point of termination or wishes to genuinely cruise in the opposite direction of travel. The only addition to this is that in the Davies case the judge deemed that moving within a 10 mile area (approx 17km) is not sufficient.

Using all of this information I always recommend that it is better to err on the side of caution. Therefore if your craft is seen to be travelling in excess of 17km, moving from place to place every 14 days (unless local restrictions apply) turning around to genuinely cruise in the opposite direction there should be no issues. Wherever possible if a craft was seen to be back in the same place but moored in a different location this assists with evidencing the wish to genuinely cruise in the opposite direction. For example if a craft was moored at Northchurch near to Lock 50 on its Northwards Journey, on its Southwards journey if this craft was to moor at Northchurch but at Lock 49 the sightings show no intended return to a preferred area but merely making use of all the places on its cruise.

Should you wish to calculate an idea of total distance in excess of the Davies ruling. Your craft was sighted at its most southern point at Hunton Bridge GU-182 if you were to use 20km as a round figure on the safe side this would see you on the Tring Summit at GU-162. Therefore if you were to cruise to Bulbourne GU-160 where there is a winding hole or to wind in the Wendover Arm mouth you could then begin a Southerly journey using all the places available making your way back towards Hunton Bridge. Alternatively should you wish to wind at Cowroast Marina GU-164 to then cruise South you could then progress your way to The Grove GU-184.

I hope that this information assists you, should you require any further assistance please do not hesitate in contacting me.

This entry was posted on Saturday, July 20th, 2013 at 4:31 pm and is filed under CRT Policy News, News. You can follow any responses to this entry through the RSS 2.0 feed. You can skip to the end and leave a response. Pinging is currently not allowed.