This week we reported that Matthew Symonds was heard to say, twice, that liveaboard boaters were “gits”.

Since we reported this, someone on Twitter asked Mr Symonds if the comments he had made were true. He categorically denied that he would ever say such a thing.

The source of the “gits” comments made by Mr Symonds saw this exchange on Twitter and was so concerned that she took it upon herself to write an open letter to him challenging his Twitter denial.

Mr Symonds then replied to the letter continuing to deny he has ever made such a comment, let alone twice.

Let’s take a moment to digest all of that. Today some new information has come to light with regard to Mr Symonds’ appearance on Jeremy Vine’s lunchtime show on BBC Radio 2 on Friday 29 April. Mr Symonds posted on his open public Facebook page that he was on Radio 2 and within the thread made a flippant comment saying to his friends “You will have heard me oppressing pour (sic) boat dwellers!”. 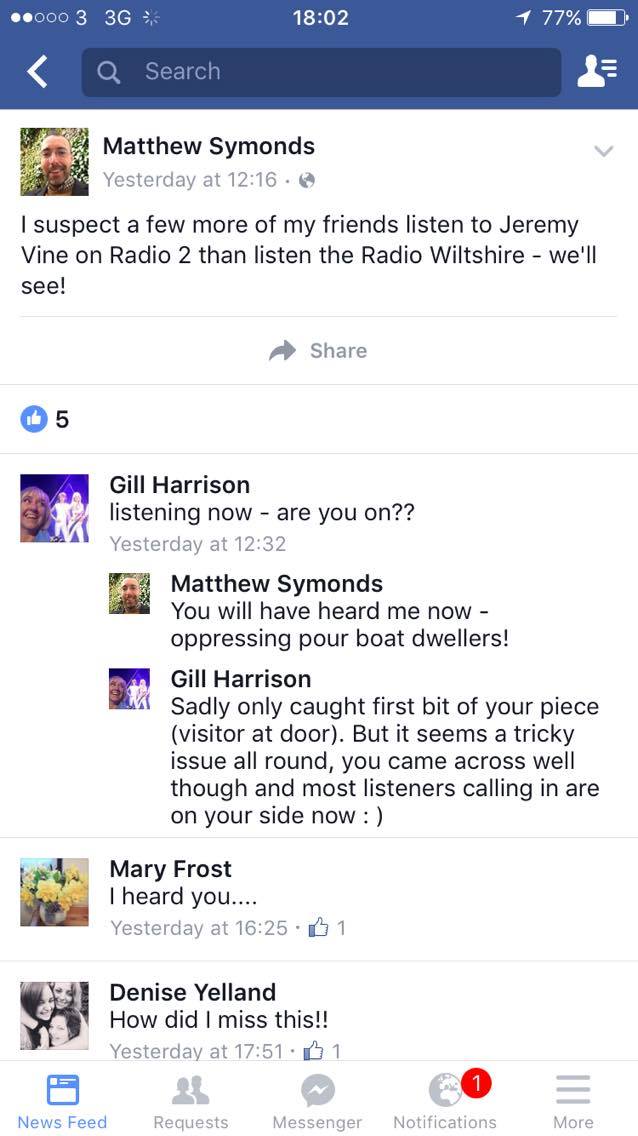 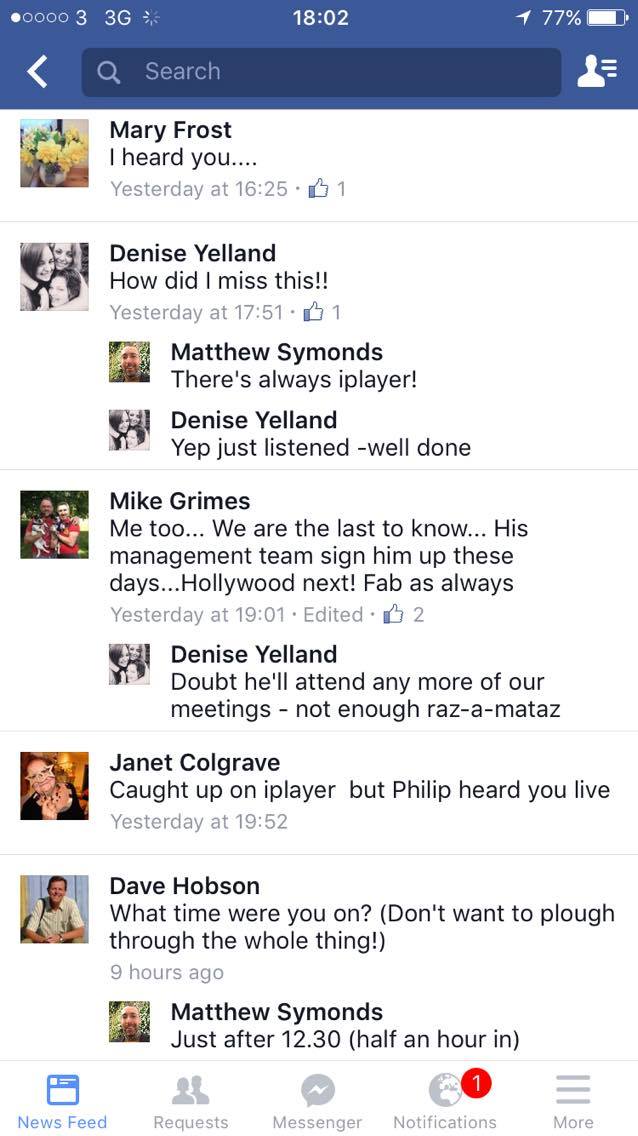 Mike Grimes (Head of Boating) and Denise Yelland (Head of Enforcement) are also seen engaging with Mr Symonds in this thread, we can only assume they agree with his flippant comments as neither of them challenged him about it and even praised him for his good work.

Again it is evident and very worrying that CRT do not take the interests of liveaboard boaters seriously and continue to make light of a very serious situation involving people’s lives and property. 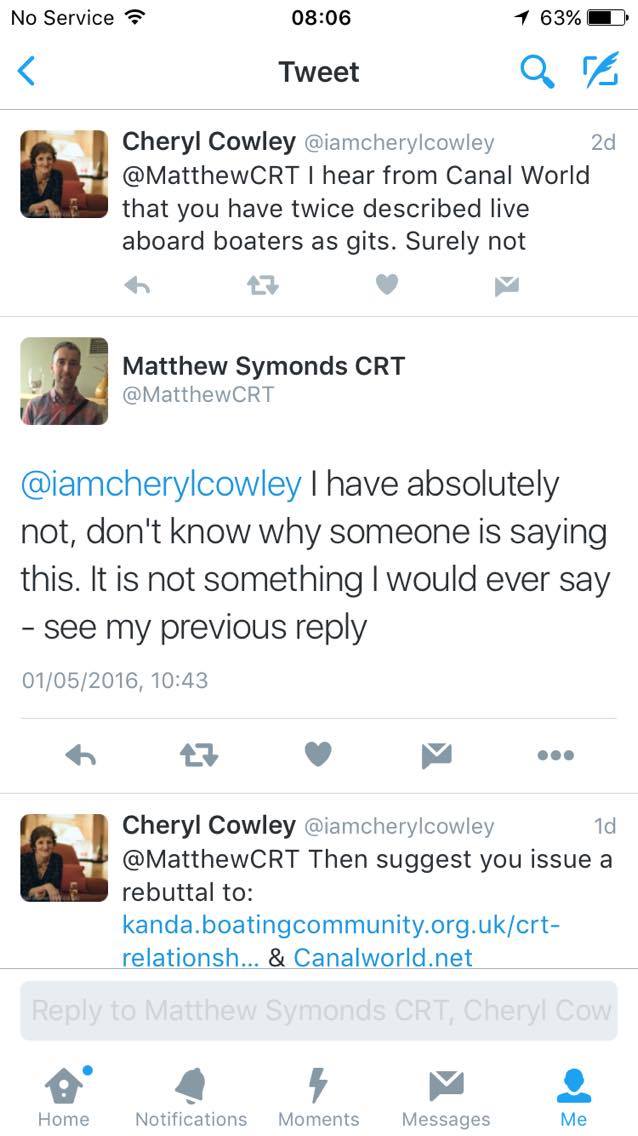 This entry was posted on Tuesday, May 3rd, 2016 at 8:59 pm and is filed under News. You can follow any responses to this entry through the RSS 2.0 feed. You can skip to the end and leave a response. Pinging is currently not allowed.