A primary school head condemned CRT’s enforcement policy against boats without home moorings as “inhumane” because of its detrimental effect on boat children, in a meeting between CRT chief Richard Parry and local MP Michelle Donelan. The meeting also discussed the failings of CRT’s current enforcement policy and practice more generally.

Paul Faulkus, head teacher of Bathampton Primary School said “The parents ask me, do we take them out of school? They could get fined. It is an intolerable position, faced with losing their licence and their home. The regime is so harsh and inhumane. People can’t always home-school. You are making it as difficult as you can. I have 4 year old children exhausted because of the long journey to school and their parents crying in my office because they may lose their home”.

The meeting, on June 17th, was called by Michelle Donelan, the MP for Chippenham which includes the canal from Dundas to Hilperton. A number of boater families contacted her for help because they were being threatened with licence termination and removal of their boats due to needing to stay within reach of their children’s schools in term time, as a result of CRT’s new enforcement policy imposed from May 2015.

Head teacher Tracey Dunn said “Because of your interpretation of the law, we are spending money that is very tight to enable these children to learn. The parents are under stress and the children are exhausted because of the journey they have made to get to school”.

Richard Parry attempted to defend CRT’s enforcement policy by saying “We don’t take children into account one way or the other” and in response to the Bathampton head teacher, “They don’t have to live on a boat”.

Cllr Macdonald said “It is extraordinary that you don’t consider whether there are children involved. It goes against everything I know about proper management and respect of people. I think you would be in deep trouble if that went before a Judge”.

Cllr Craddock said “As an outside observer I don’t see how families can possibly comply. There’s a big difference between 15 and 20 miles especially if children are in school. 15 to 20 miles is a big distance for a 5 year old. It is important as a society that we educate children”.

However when pressed by Ms Donelan, Mr Parry conceded that CRT could “have a dialogue about what a ‘term time’ cruising pattern would look like” with boaters and the MP. It was agreed that a proposal would be circulated to boat families for comment and then put to CRT, and that details of boaters who were unfairly subject to enforcement would be sent to Michelle Donelan.

Please send details of your case if you have been refused a 12-month licence to info@boatingcommunity.org.uk by 21st July, especially if your situation is as follows:

You were threatened unfairly

You are unfairly on a 6 month licence

You have unfairly been served with a Section 8

Please send a brief description of what happened, why you should have had a 12-month licence renewal and CRT’s response when you challenged or appealed against their decision. Please include anything you were told to do by an enforcement officer to avoid refusal of a 12-month licence that later turned out to be bad or worthless advice. You are welcome to give this information anonymously but it adds weight to our case if you do provide your name and a contact email address or phone number. Your name or contact details will not be passed on unless you say this is ok. 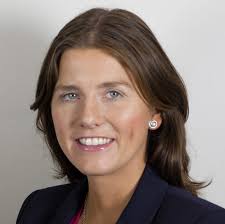 This entry was posted on Monday, July 4th, 2016 at 11:28 pm and is filed under Continuous Cruisers. You can follow any responses to this entry through the RSS 2.0 feed. You can skip to the end and leave a response. Pinging is currently not allowed.