Two boatloads of drunk stag partygoers had their holiday terminated early by Oxfordshire Narrowboats last weekend. The boats were taken back on Saturday following numerous complaints about their behaviour. The hirers became abusive towards the Oxfordshire Narrowboats’ staff; they called the police who removed the men from the boats.

The boats left Bradford Wharf on Friday evening with drunk men at the helm. They drove at speed, crashed into other boats and shouted abuse at anyone who asked them to slow down and drive carefully. Some of the men were seen drinking alcohol at the helm, and they appeared to be deliberately hitting other boats. The picture shows one of the boats; the hirers had covered up its name. These incidents happened even though the hirers had signed Oxfordshire Narrowboats new agreement for large single-sex groups and had paid a hefty damage deposit. 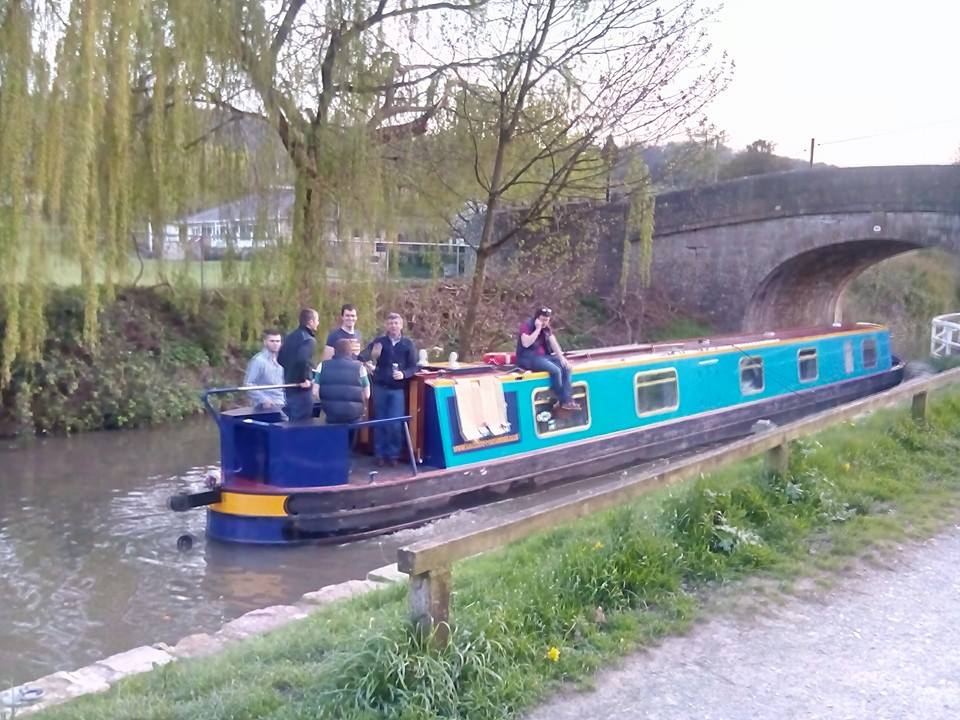 The agreement for large single-sex group boat hires is Oxfordshire Narrowboats’ response to the concerns raised by CRT in a meeting in Devizes called with the hire companies last year by Susie Mercer, Boating Business Manager (South). This meeting took place as a result of complaints about the behaviour of hirers, especially stag parties.

A liveaboard boater also called the police to report the abusive behaviour of the stag party as a crime under Section 5 of the Public Order Act. Threatening, abusive or insulting words or behaviour (such as gestures) in a public space are crimes that carry maximum penalties of £1,000 or six months imprisonment. If there is a racial or sexual element to the behaviour, the penalty is increased. It is not necessary for the member of the public who witnesses the behaviour to feel insulted or threatened themselves.

If you are concerned by the behaviour of hire boaters, you can take the following action:

Make a complaint, preferably in writing, to the hire boat company; the contact details for the main companies are below. Give the name and number of the boat if possible; the date, place and time of the incident and a full description of what happened.

Call the police on 101 and report the incident to the police as a crime under Section 5 of the Public Order Act if this is appropriate. You will need evidence, such as a photograph, audio or video recording, or a second eye-witness to corroborate your statement. The police must advise you within five days whether they intend to prosecute.

This entry was posted on Tuesday, April 15th, 2014 at 5:44 pm and is filed under News. You can follow any responses to this entry through the RSS 2.0 feed. You can skip to the end and leave a response. Pinging is currently not allowed.