Mark Evans, who has been the manager of the Kennet and Avon Canal since April 2015, will lose his job as a result of CRT restructuring. He will leave on 4th July 2018 when the new Regional Director for Wales and the South West, Richard Thomas, takes up his post in Gloucester. Once again the K&A will be run from Gloucester, as it was until 2009 when BW carried out an earlier restructuring exercise.

The Devizes office will remain open however, and senior staff including Customer Operations Manager Dale Marshall, Customer Service Supervisor Simon Kirby and Customer Service Manager Alison Jordan will remain in post. Mr Marshall has worked for CRT and BW for the past 19 years. We understand that part of the restructuring will include the management of local enforcement staff by the regional directors rather than centrally as it has been since 2009. 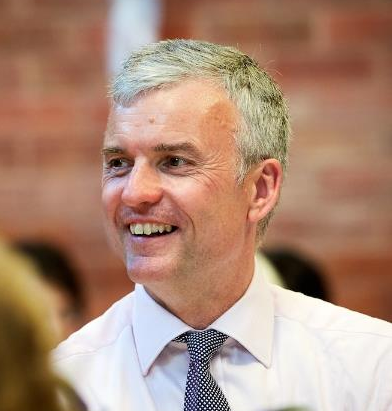 Jon Horsfall has been CRT’s Interim Head of Boating since the sudden and unexplained departure of the previous Head of Boating Mike Grimes in April 2017 after only 22 months. He will become Head of Customer Service Support. This move is likely to push boating and navigation further down the list of priorities as Mr Horsfall’s responsibilities are extended to cyclists, anglers, walkers and any other groups that CRT considers to be its customers.

According to CRT our new ex-Navy regional manager grew up in Gloucestershire and has aspirations to live aboard on the Gloucester and Sharpness Canal. It remains to be seen what his attitude to other liveaboard boaters will be, especially to those without a home mooring. We remind Mr Thomas that there is a small but significant population of ex-Navy and other ex-service people living on boats, both with and without a home mooring.

To contact the CRT Devizes office, email enquiries.kennetavon@canalrivertrust.org.uk or phone 01380 737907 or phone the main CRT number 0303 040 4040 and ask for the Devizes office.

This entry was posted on Monday, May 21st, 2018 at 10:18 pm and is filed under News. You can follow any responses to this entry through the RSS 2.0 feed. You can skip to the end and leave a response. Pinging is currently not allowed.

2 Responses to “K&A manager made redundant in CRT restructuring”