Mark Stephens is leaving the K&A at the end of this month to take on a national role within CRT. This is surprise news as in May 2013 Mr Stephens was keen to let boaters know that he was here for the forseeable future and was not leaving. In early 2013 he had been given a role in CRT’s EA project regarding the transfer of the Environment Agency waterways to CRT, but this transfer was postponed by DEFRA in July 2013. 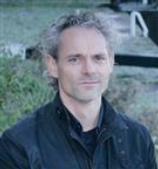 Mark Stephens will be replaced by Nick Worthington, who is currently the manager of South Wales and Severn waterways. Mr Stephens became the K&A waterway manager in October 2009 following reorganisation by BW. He was previously manager of the Olympic project team for BW in London and was responsible for the construction of Three Mills Lock; he has also worked on the Heritage Lottery Funded restoration works on the K&A. Rumour has it that Mr Stephens, who is popular with both staff and boaters, decided to move on because of dissatisfaction with having part of the waterway manager role taken away, but we cannot confirm this. In recent years Mr Stephens has increased the funding available from CRT/BW for maintenance of the K&A.

Waterways Minister Dan Rogerson MP stated in August that it is still the Government’s intention that the EA navigations should be transferred to CRT, but the transfer is not a priority for the DEFRA and there is no funding for the transfer in the 2015/16 spending review.

In June this year, CRT announced that the technical responsibility for looking after the condition of the waterways would be brought together into a national team to oversee the planning and delivery of engineering works, rather than this being done by each separate waterway unit. It is probable that Mark Stephens, who won an engineering award for the construction of Three Mills Lock, is to join this team.

This entry was posted on Friday, October 17th, 2014 at 1:13 pm and is filed under News. You can follow any responses to this entry through the RSS 2.0 feed. You can skip to the end and leave a response. Pinging is currently not allowed.