Richard Parry, the new Chief Executive of CRT, visited the K&A last Thursday (29th August). Mr Parry was spotted in Devizes town centre with the K&A Manager Mark Stephens. He also visited Bradford on Avon. CRT had made considerable efforts to keep his visit a secret – perhaps they thought liveaboard boaters without home moorings would stage a demonstration in protest at CRT’s continuing unlawful threats to seize and remove their homes. 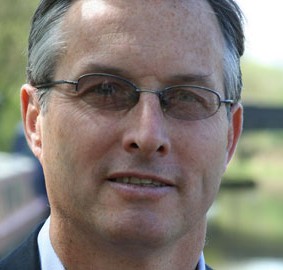 CRT continues to allege that boaters are not complying with Section 17 3 c ii of the British Waterways Act 1995 even though they move to a different place every 14 days as Parliament intended that they should do in order to avoid a refusal to renew their licence.

Unfortunately for CRT, it can no longer rely on the High Court judgement of Mrs Justice Cox refusing permission for a judicial review of the Guidance for Boaters Without a Home Mooring that endorsed CRT’s interpretation of the law on continuous cruising. The judgement was overturned by Lord Justice Jackson in the Court of Appeal in July, and Nick Brown’s judicial review of the Guidance will now proceed in the High Court in due course.

Mr Parry’s visit took place the day before the consultation on the K&A Local Mooring Strategy was launched – perhaps this was not a co-incidence?

This entry was posted on Wednesday, September 4th, 2013 at 9:15 pm and is filed under News. You can follow any responses to this entry through the RSS 2.0 feed. You can skip to the end and leave a response. Pinging is currently not allowed.