CRT has stated that it will remove any items left on or beside the towpath between Smelly Bridge (Bridge 173) and Avoncliff if these are not removed before April 2021. Due to the pandemic, CRT has provided a skip at Bridge 173 for boaters to dispose of any unwanted items.

CRT is threatening to terminate the licences of boaters who “persistently obstruct the towpath or use Trust land for storing items from their boat”. This is another reason to oppose and resist CRT’s proposed changes to the Boat Licence Terms and Conditions END_OF_DOCUMENT_TOKEN_TO_BE_REPLACED

If you’re over 70 and have not been invited for a Covid-19 jab, contact NHS now!

By mid-February 2021 the Government aimed to have all over-70s and people classed as clinically extremely vulnerable given their first of two vaccinations against Covid-19, but told people they should wait to be invited for their appointment. Now, the NHS wants anyone over 70 or clinically extremely vulnerable who has not had their first jab to contact them to get vaccinated. END_OF_DOCUMENT_TOKEN_TO_BE_REPLACED

What if I do not feel safe to resume moving every 14 days?

As of 23rd May 2020 CRT resumed enforcement of summer visitor mooring time limits and of the 14 day limit for most boaters without a home mooring. CRT has stated that it expects boaters without a home mooring to move by 6th June 2020 unless they have ‘reasonable adjustments’ under the Equality Act or if it is reasonable for them to stay where they are for longer than 14 days. If you are shielding or self-isolating, are in a ‘high risk’ category or you have other needs, it is clearly reasonable to stay where you are and we would advise you to tell CRT if you have not done so already. END_OF_DOCUMENT_TOKEN_TO_BE_REPLACED

Boat movement suspension extended to 9th May due to Coronavirus

CRT has extended its suspension of the 14-day rule until 9th May and has advised that only essential boat movements are permitted until at least this date. CRT’s winter visitor mooring time limits of 14 days unless signed otherwise are also extended until 9th May. No boat sightings will be taken during the period that boat movements are suspended. Boat Safety certificates that are about to expire or have recently expired are now extended until 11 May 2020.

END_OF_DOCUMENT_TOKEN_TO_BE_REPLACED

CRT has relented from its decision to bar boaters on restricted 6-month licences from voting in the 2020 CRT Council election following a complaint by the NBTA. Make sure you check your postal address and/or your email as soon as possible, as CRT is not extending the election, which means everyone needs to vote before midnight on Friday February 14th 2020. END_OF_DOCUMENT_TOKEN_TO_BE_REPLACED

Following a complaint to K&A Manager Mark Evans, CRT has reduced the 48-hour visitor moorings below Seend bottom lock (lock 17) to the length recommended by the Kennet and Avon Visitor Mooring Review – Bath to Foxhangers in March 2015.

Despite a number of boaters contacting CRT about this, it took more than 7 months for the error to be corrected. The error was first reported to CRT in July 2016.

This was contrary to the Visitor Mooring Review, which recommended that this length of visitor mooring should be shortened so that it only covered the stretch with mooring rings. The remaining space should have reverted to 14 days in July 2015 for a trial period until September 2015.

This was done without any consultation with users which is contrary to CRT’s Short Term Moorings Framework for Change dated March 2015, which states on page 1 that before making any changes to visitor moorings, waterway managers should:

There was no evidence that any of the above steps had been followed by CRT before making the change.

Although the complaint has been remedied, CRT has yet to explain either why the Short Term Moorings Framework for Change was not followed or provided proof that these steps were followed and that the evidence gathered justified the change that was made last year. 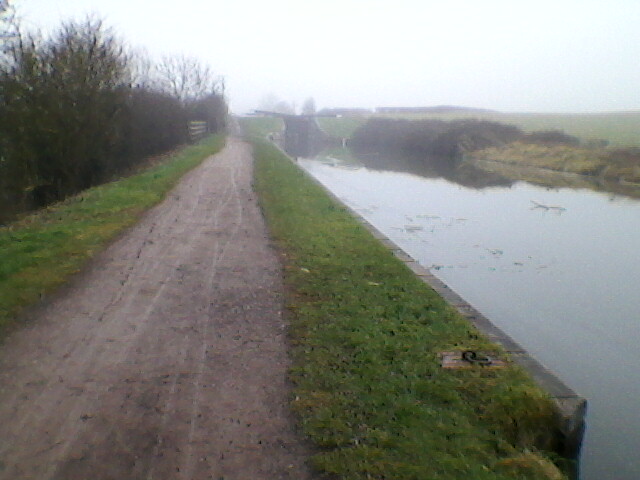 More facilities for boaters are planned on the K&A. In a meeting between K&A Manager Mark Evans and representatives of liveaboard boaters in which refuse and sewage disposal facilities, water taps and maintenance were discussed, Mr Evans said he was looking at providing an extra water tap on the eastern end of the canal, possibly at Thatcham. END_OF_DOCUMENT_TOKEN_TO_BE_REPLACED

CRT’s Short Term Moorings Framework for Change published in March 2015 states that CRT will always consult users before making changes to visitor moorings, and also that any changes should be based on evidence of a need for the change that is being proposed. On the K&A, CRT has made changes to visitor moorings without any consultation at all and seemingly without any evidence that the changes are needed. END_OF_DOCUMENT_TOKEN_TO_BE_REPLACED

BaNES Council has agreed to meet boat dwellers without home moorings to discuss the need for boaters to be directly represented on the Committees tasked with making decisions about the joint BaNES – CRT mooring strategy covering the River Avon and the Kennet and Avon Canal to Limpley Stoke. END_OF_DOCUMENT_TOKEN_TO_BE_REPLACED

Yet another mooring place used by liveaboard boaters is under threat. This time it is the stretch of the River Avon at Mead Lane, Saltford. END_OF_DOCUMENT_TOKEN_TO_BE_REPLACED