CRT to re-brand as ‘wellbeing’ organisation

CRT is currently attempting to re-brand itself as an organisation promoting well-being. The purpose of the re-branding is to raise funds from local authorities and the NHS for the promotion of health and well-being of the general population. However CRT appears to have no intention of safeguarding the well-being of boat dwellers, even vulnerable ones. END_OF_DOCUMENT_TOKEN_TO_BE_REPLACED

Yesterday (16th August 2017) CRT seized a boat that was a vulnerable person’s home using its powers under Sections 8 and 13 of the British Waterways Acts 1983 and 1971. The boat was craned out at Devizes Wharf at 11am and taken to an unknown location by road. There were 8 bailiffs and enforcement staff present.
UPDATE: It has been reported that the evicted person is now sleeping rough. END_OF_DOCUMENT_TOKEN_TO_BE_REPLACED

Yesterday (16th May 2017) CRT seized a boat from Bishops Cannings and craned it out at the Black Horse in Devizes. The fibreglass cruiser, appeared to be unoccupied when six bailiffs started push-towing it with a dark green dory at around 10am to the Black Horse, where an A. B. Tuckey’s crane and flatbed truck were waiting. END_OF_DOCUMENT_TOKEN_TO_BE_REPLACED

Our roving reporter, R Mutt has sent us this report of a disturbing incident that shows how easy it is for people to fall through the cracks in society if we don’t, as a community, pay careful attention to the needs of everyone. END_OF_DOCUMENT_TOKEN_TO_BE_REPLACED

Off the Cut, Wendy Zakiewicz’s moving documentary about a Kennet and Avon boater’s struggle against being made homeless through the actions of CRT, provides a unique insight into a community of boaters living on the Kennet and Avon canal.

The film follows a family on their pedal powered boat as they embark on a journey in which their way of life, and that of the whole community, comes under threat.

New film about boaters on the K&A to be launched 23rd March, Bradford on Avon

Film maker Wendy Zakiewicz invites all boaters to the launch of her new film ‘Off the Cut’ on Wednesday 23rd March 2016 at 7pm at St Margaret’s Hall, Bradford on Avon, BA15 1DE. 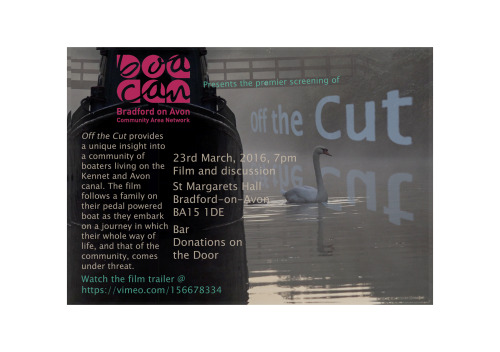 END_OF_DOCUMENT_TOKEN_TO_BE_REPLACED

An insight into CRT’s legal mind

Following the case of Geoff Mayers—where CRT removed his boat and transported it 200 miles to prevent him gaining access to it—by using Court procedures in an underhand way, it has become necessary to examine those procedures in some detail. END_OF_DOCUMENT_TOKEN_TO_BE_REPLACED

It is also important to understand what the complaints process may not reach.
END_OF_DOCUMENT_TOKEN_TO_BE_REPLACED 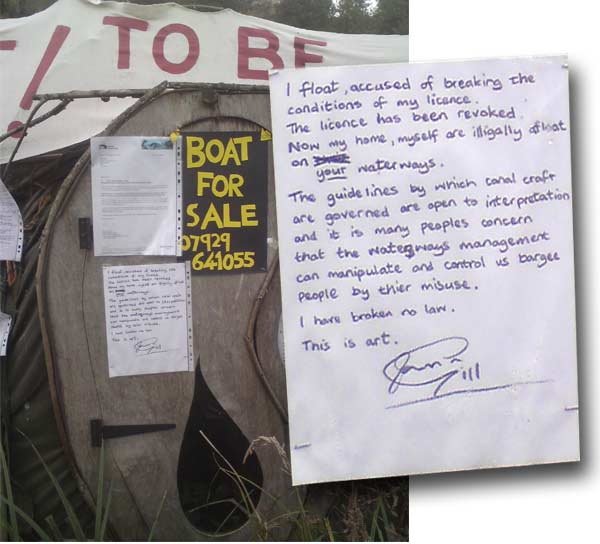