A member of the Kennet and Avon Local Waterway Partnership told a liveaboard boater to “shut up” during the Partnership’s Annual Public Meeting on 12th November. Alan Aldous, an IWA member who sits on the Partnership because of his experience as a riparian landowner, later refused to apologise.

The boater had asked how the Partnership would ensure that economic development would not impact adversely on boat dwellers and canalside residents, and how the Partnership proposed to make liveaboard boaters welcome, given that the K&A Interim 12-month Local Plan was achieving the opposite by harassing liveaboards who comply with the law. The meeting chair would not answer the second question, claiming that it was not within the meeting’s remit, even though the public had been invited to comment on the Partnership’s 10-year Strategic Plan and its Three Year Action Plan. The 10-year Plan includes the aim of making the K&A “accessible and welcoming … to all communities”. The Three Year Plan includes continuing to “monitor the implementation of Guidance to Boaters Without a Home Mooring” [as the K&A Local Plan is subtitled].

The meeting was chaired by Partnership member Rob Dean; Tamsin Phipps, the permanent Chair of the Partnership was unable to attend, as was Andrew Harry, who lives on his boat without a home mooring. If Ms Phipps and Mr Harry had been present perhaps the meeting would have been more balanced. Andrew Harry is the only member out of all the 13 CRT partnerships who is a liveaboard continuous cruiser. A member of the public commented that while the Partnership had acknowledged that it needed to be more inclusive and attract more young people, the unpleasantness shown towards a liveaboard boater did not present a good impression and young people would not be encouraged by it. This gained a round of applause. 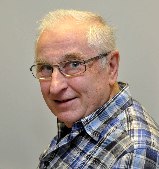 The meeting included a presentation on the K&A Interim 12-month Local Plan by CRT Boater Liaison Manager Matthew Symonds. Mr Symonds claimed inaccurately that the capacity of the K&A is 1600 boats but there are now 2420; the context implied that boats without home moorings were to blame for this increase in boat numbers. This is completely inaccurate. Paragraph 6.3.4 of the Kennet and Avon Canal conservation Plan, dated October 2000, states “Demand for powered boating on the K&A is projected to increase by 50% in the next 10 years (1995 estimate 1600 boats).”. In other words there could be 2400 boats or more by 2010. In 2010, according to outgoing waterway manager Mark Stephens, there were around 2000 boats. The 248-berth Caen Hill Marina opened in October 2011.

The Partnership is still inviting comments on its Strategic Plan and Three Year Action Plan. Send you comments to enquiries.kennetavon@canalrivertrust.org.uk

You can download the Partnership’s 2013 Strategic Plan here https://canalrivertrust.org.uk/media/library/5429.pdf  (the 2014 Plan is not online yet). It is a very large file so here is a text-only version K&A LWP strategic plan text only

This entry was posted on Sunday, November 16th, 2014 at 4:27 pm and is filed under News. You can follow any responses to this entry through the RSS 2.0 feed. You can skip to the end and leave a response. Pinging is currently not allowed.