It appears that the K&A Local Waterways Partnership has won the argument with CRT about the voluntary nature of the K&A Interim 12-month Local Plan. In a recent email responding to a boater’s complaint about the legality of the Visitor Mooring extended stay charges of £25 per day, Matthew Symonds stated:

On 23rd April Rob Dean, a member of the Kennet and Avon Waterways Partnership, stated categorically that the K&A Interim 12-month Local Plan is “a voluntary agreement”, in the course of discussion at the K&A User Group meeting in Devizes.

This is different from what is set out in the Plan, which uses words such as “comply” and “we expect you to” and that charges “will apply”. Specifically, the Plan states that:

“It’s important however that everyone understands how the plan is being monitored and knows how to comply so as to avoid the attention of our enforcement officers.”

“From 1st May 2014 boats between Bath and Foxhangers are expected to:”

“An extended stay charge of £25 per day will apply.”

“What if something happens to stop me complying with the guidance?”

The FAQs state that: “The Trust will collect monitoring information and publish a summary report every three months setting out how boaters are or are not complying with the plan.”

“Anyone exceeding the single visit or maximum days in a month stay time will be subject to a daily £25 extended stay charge .” 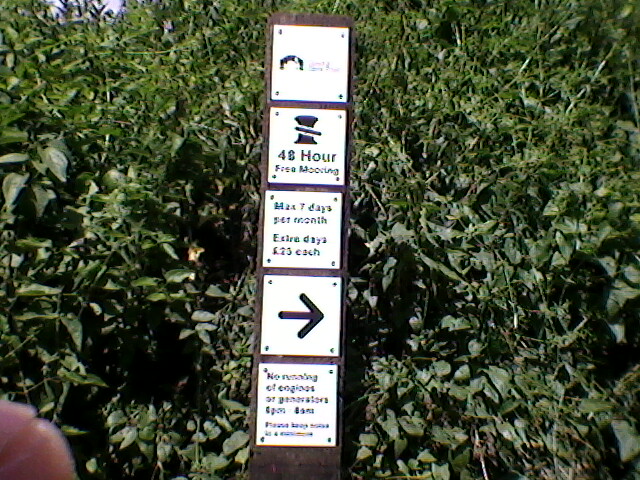 In other words, CRT does not have the power to terminate your boat licence for not “complying” with it. This is probably why the Local Waterway Partnership’s view has prevailed. However, a number of boaters have already made complaints about letters, emails and texts from CRT alleging that they have overstayed in a “neighbourhood” or attempting to impose a £25 per day “extended stay” charge on a Visitor Mooring.

In the Towpath Mooring Plan for the K&A between Bath and Devizes, the Local Waterway Partnership proposed a voluntary code that if followed would guarantee boaters freedom from enforcement. It was not presented as a compulsory requirement. CRT ran the consultation in autumn 2013 on this basis, not on the basis that it would be compulsory. However following the consultation, CRT included further restrictions that boaters were not consulted on, including presenting the K&A Interim 12-month Local Plan as something that boaters must follow in order to avoid enforcement.

This entry was posted on Monday, July 7th, 2014 at 11:57 am and is filed under CRT Policy News. You can follow any responses to this entry through the RSS 2.0 feed. You can skip to the end and leave a response. Pinging is currently not allowed.