Why Roving Mooring Permits are unlawful

Boaters without home moorings on the southern Grand Union Canal are being offered Roving Mooring Permits by CRT. Boaters are being offered a way out of the enforcement process that means paying a substantial extra fee (£800 per year for a 60 foot boat) to do what s.17(3)(c)(ii) of the British Waterways Act 1995 already permits them to do.

CRT cannot lawfully create a ‘Roving Mooring Permit’. If it did so, it would be creating a third licensing category in between the two that were created by the British Waterways Act 1995. s.17(3)(c) of the 1995 Act created two licence categories: (i) with a home mooring and (ii) without a home mooring. To create a third category would require change in the law, in other words an amendment to s.17(3)(c) of the British Waterways Act 1995.  CRT would be acting beyond its legal powers if it created a Roving Mooring Permit without such a change in the law.

CRT maintains that the Roving Mooring Permit is a type of home mooring, not a new category of licence, but this is not borne out by the facts. It does not provide a place where the boat “can reasonably be kept and may lawfully be left” as is required by s.17(3)(c)(i) of the 1995 Act, because the Roving Mooring Permit requires boats to move every 14 days or 28 days between several places and does not provide any additional service or facility to the purchaser of the permit. 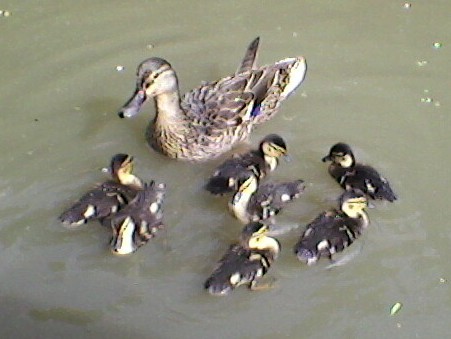 The Kennet and Avon Local Waterway Partnership rejected Roving Mooring Permits/  Community Mooring Permits in the Towpath Mooring Plan for the Kennet & Avon Canal West of Devizes, on the grounds that they would be regressive and divisive and would deny access to all boaters, and anglers, to large tracts of the towpath and create sections of canal where there were permanent lines of boats moored. The CRT Navigation Advisory Group wholeheartedly endorsed this.

It appears that the Local Waterway Partnership and the Navigation Advisory Group have been proved right; Roving Mooring Permits have already caused divisions both amongst continuous cruisers and also between boaters with home moorings and boaters without home moorings.

This entry was posted on Tuesday, July 16th, 2013 at 6:40 pm and is filed under The Law. You can follow any responses to this entry through the RSS 2.0 feed. You can skip to the end and leave a response. Pinging is currently not allowed.