Sam Worrall, a liveaboard boater without a home mooring on the K&A, has been appointed to CRT’s Navigation Advisory Group (NAG) Licensing and Moorings Sub-Group. Sam is one of Julian House’s two Gypsy, Traveller Boater and Roma Outreach and Engagement Officers.

When BW was transferred to CRT in 2012, Waterways Minister Richard Benyon MP made the following undertaking in the House of Commons: The CRT is also setting up a number of small advisory committees, one of which will have the task of advising senior managers responsible for boating and navigation matters. This committee will include at least one boater without a home mooring who understands and campaigns for the interests of itinerant live-aboard boaters.

Following the resignation of Mark Walton of London Boaters who filled this role for three years, CRT has expanded the NAG Licensing and Moorings Sub-Group to include 7 new members. The Sub-Group now contains 7 liveaboard boaters including 5 boaters without home moorings. While increasing the representation of itinerant liveaboard boaters on NAG is a welcome move, at the same time CRT has announced the end of its joint meetings with some of the boating user groups which have taken place regularly since 2013. CRT will now only hold seperate meetings with the boating associations. CRT appears to be reducing the opportunity for boating user groups to present a united opposition to unlawful enforcement such as this year’s changes to the licence Terms and Conditions and changes to enforcement against boaters without home moorings. 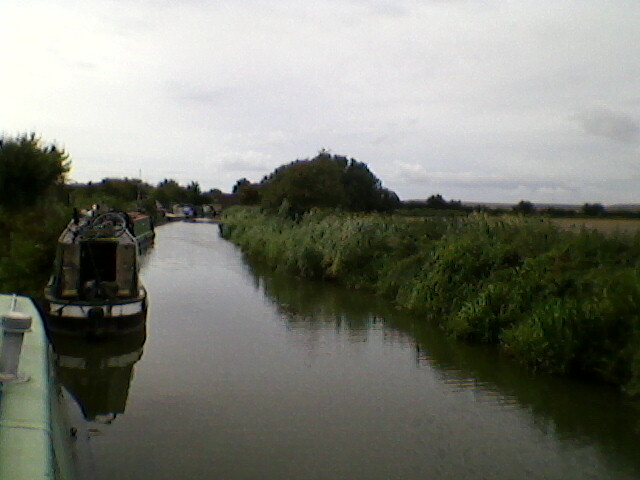 Here is the full text of CRT’s announcement:

The Canal & River Trust is announcing a raft of new appointments to its Navigation Advisory Group, bringing a wide range of new experience to complement that of the group’s existing members.

Maintaining canals and rivers for navigation is at the core of what the Trust does, and the charity wants to ensure its decisions are well informed by those who cruise the waterways regularly.  The Navigation Advisory Group is made up of boaters with a variety of backgrounds to bring as broad a range of perspectives as possible to the advice provided.  The new appointments are being made to the Group’s Moorings and Licensing Sub-group.

There was a lot of interest when the charity put out the call for new members, and the Trust was impressed by the high calibre of boaters wanting to get involved.  The Trust will benefit from the additional experience and enthusiasm boaters are offering, and as such has decided to increase the size of the Group from five to twelve members.

Ian Rogers, head of customer services at the Trust, said:  “It’s wonderful that people with such passion and enthusiasm, not to mention the wide-ranging experience, are going to be joining us, and I’m delighted to welcome them to the strong group we have already.  Our new members increase the representation from continuous cruisers, providing a reflection of the boating community, as well as bringing skills from business boating and the charity and commercial worlds.  They also, I’m sure the existing members won’t mind me saying, bring down the average age of the group.  With the general demographic of boaters being older, getting younger people onboard is vital to the continuing life of our waterways.  There were a lot of strong candidates and I’d like to thank everyone who applied for their interest.”

·         Diane Warner has been boating for over 10 years on both wide and narrow beam boats, living aboard and continuously cruising.  On the board of directors of DBA The Barge Association, Diane has regularly volunteered with the Trust and the WRG, and administers two waterways-related Facebook groups.

·         Samantha (Sam) Worrall lives on her boat on the Kennet & Avon Canal and works for Julian House, a charity offering direct support to the socially excluded, as gypsy, traveller and boater outreach and engagement officer.

·         Gren Messham has been a boat owner for more than 30 years and has previously been involved in waterways restoration.  He worked in the water and wastewater sector for 35 years and has been a company director with wide-ranging business experience.  Gren is currently a trustee of the Inland Waterways Association.

·         Will McCallum is head of oceans campaigns at Greenpeace, including sustainable fishing and pollution, and has previously held several volunteer management positions. He has lived aboard since 2011, travelling between Oxfordshire and London.

·         Dave Williams is a liveaboard boater who has extensive experience as a finance director and currently runs an internet payroll bureau.

·         Mark Tizard is vice chair of the National Association of Boat Owners.  With over 35 years of boating experience, Mark currently spends three to four months a year cruising away from his home mooring.  Formerly a director of two technology companies with a wealth of change management experience, Mark also fundraises and volunteers for various charities.

·         Lee Wilshire is a member of London’s Better Relationships Group and is working on a number of projects on the canal network, from affordable moorings to a recycling barge.  Lee, who is a planner and urban designer, lives on his boat.

·         Alison Tuck has been living aboard for 11 years, has been a continuous cruiser and now runs a business from her boats.  A former chair of the Roving Canal Traders’ Association, Alison was one of the Trust’s first volunteer lock keepers, adopted the Warwick Bar stretch of the Grand Union Canal where she has her home mooring and has recently taken up canoeing.

Mark Walton is stepping down after his three-year term as he will be doing more cruising and exploring the waterways.  The Trust would like to thank him for his valuable work over his time on the Group.

Members meet three to four times a year and serve three-year terms.  The new members will be inducted in the summer and will attend their first meeting in October.

This entry was posted on Sunday, August 9th, 2015 at 1:50 pm and is filed under CRT Policy News, News. You can follow any responses to this entry through the RSS 2.0 feed. You can skip to the end and leave a response. Pinging is currently not allowed.