Here is our 2014 Christmas competition! The best caption for the picture below will win a lifetime’s free subscription to this web site and a lovely jar of delicious sweets.

Send your entries by email to info@boatingcommunity.org.uk or text them to 07928 078208 or just put them on a comment on this page before midnight on 1st January 2015 to have a chance of winning!

There will be a bonus prize for the person who also correctly predicts the next former BW Director or senior manager whose job is culled by the CRT Dictator Chief Executive Richard Parry. Did we say “retirement”? Merry Christmas everyone! 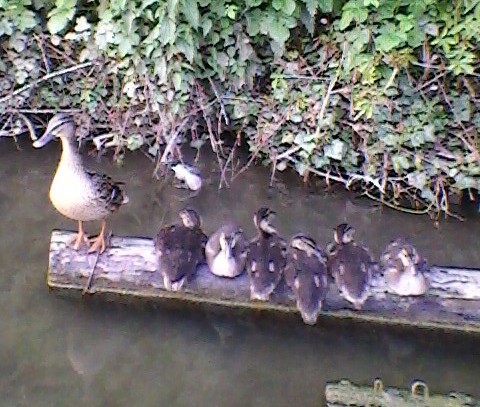 CRT has appointed Licensing Officer/ Data Checker Matthew Preston as the second Enforcement Officer on the K&A. This is despite Mr Preston’s claims to boaters that he just wanted a quiet life and aimed to do his job without any confrontation. He started his new role at the beginning of this month. END_OF_DOCUMENT_TOKEN_TO_BE_REPLACED

Liveaboard boaters, especially those between Devizes and Bath, are breathing a sigh of relief now this year’s hire boat season is over. The K&A boaters action group is drawing up a dossier of the incidents involving hire boats and complaints that boaters and canalside residents have made about the behaviour or safety of hire boat crew this year. The group will then seek a meeting with the hire companies. END_OF_DOCUMENT_TOKEN_TO_BE_REPLACED

Usually when CRT wins a Section 8 case it publishes the judgement (if there is one) on its web site. However, it made an exception in the case it won against Geoffrey Mayers, the reason being that this judgement confirms that it would be unlawful for CRT to set a minimum distance that continuous cruisers must travel to comply with the law. The Judge also stated that a boat with a home mooring does not have to actually use its mooring, something else that CRT would prefer us not to know about. END_OF_DOCUMENT_TOKEN_TO_BE_REPLACED

Following the departure of Chaplains Andy and Sue Smith on Spring Water, we have received this message from the Reverend Peter Atwill on Gospel Belle: END_OF_DOCUMENT_TOKEN_TO_BE_REPLACED

Simon Salem, CRT’s Marketing Director, is to leave CRT in June next year, it was announced on Friday. The announcement comes only 5 months after CRT publicised plans to restructure its management teams, a re-organisation that appeared to leave Mr Salem with very little to do. END_OF_DOCUMENT_TOKEN_TO_BE_REPLACED

Are you a new continuous cruiser?

When CRT established the Towpath Mooring Control project (which was quickly renamed the Towpath Mooring Management project) it declared its intention to write to all new continuous cruisers ‘welcoming’ them and setting out what CRT expected regarding boat movements. END_OF_DOCUMENT_TOKEN_TO_BE_REPLACED

You are currently browsing the Kennet and Avon Boating Community Website archives for December 2014.