A boater from Bristol has got in touch to tell us about his experiences over the past year as a continuous cruiser on the River Avon between Bristol and Bath. He said “In spring and summer I cruise on the River Avon avoiding the smash and grind of the destructive holiday boats and then I travel on the canal when the floods begin. Last year I felt ‘picked on’ everywhere I stopped. Everyone from farmers, fisherman, canoeists, dog walkers and Saltford sailing club made it clear they didn’t want me or my boats in their backyard (though when I had to go away for a long period the previous year my boat stayed on a private farmer’s mooring on the river)”.

“It has been the worst year I’ve known on the river in years because of being moved along every time I stopped. The monthly enforcement patrol is pointless and always looks like a retired Gents teddy bears picnic rather than a relevant CRT patrol. According to CRT’s data provided by this patrol, I live in Saltford these days on my boat – but I had only moored there for a total of 72 hours during the whole summer! This has made me think that perhaps boaters should once again reclaim the river each spring and summer as is our legal right. It would be great to envisage a colourful convoy of happy law-abiding boaters descending onto the river Avon next year”. A public right of navigation exists on all navigable rivers, that dates back to “time immemorial” and at least to the time before the Magna Carta of 1215. 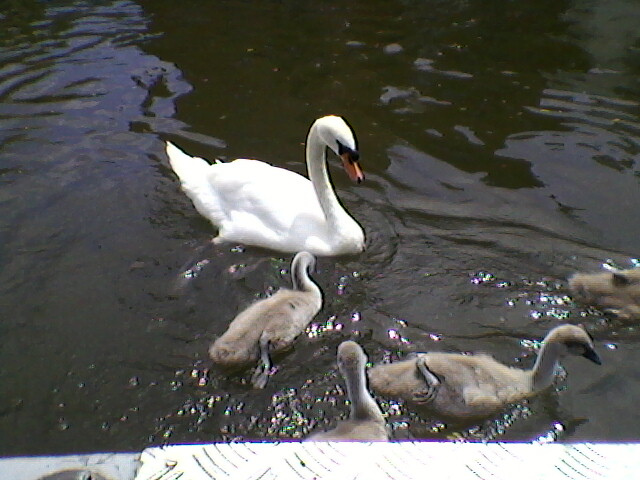 One of the reasons that this river cc’er has had such a hard time is probably due to the involvement of Alan Aldous, a riparian landowner, as a member of the Kennet and Avon Local Waterway Partnership. Mr Aldous resigned from the Partnership recently. At the Partnership’s Annual Meeting in November 2014 he told a liveaboard boater to “shut up”. He resigned shortly afterwards. The boater made a formal complaint to CRT about Mr Aldous’s behaviour, for which CRT apologised, though an apology was not forthcoming from Mr Aldous himself.

This entry was posted on Saturday, March 14th, 2015 at 12:00 am and is filed under Stories. You can follow any responses to this entry through the RSS 2.0 feed. You can skip to the end and leave a response. Pinging is currently not allowed.