A group of 10 live-aboard boaters cleared around 25 bags of litter from the K&A yesterday (Sunday 11th February). The team picked up rubbish from the towpath, hedges and ditches between Semington and Bradford on Avon Marina. The boaters also removed bulky items such as bicycles and rubble.

It is obvious that all types of canal users leave rubbish behind. We can tell that dog walkers, cyclists, boaters, anglers and people who just like to come to the canal for a picnic all drop litter. Others deliberately come to the canal to fly tip, such as the local householder who dumped rubble and left packaging with his name, address and mobile number on. This fly-tipper has been contacted with a polite message.

The rubbish was disposed of in a skip provided by the K&A manager, Mark Evans. 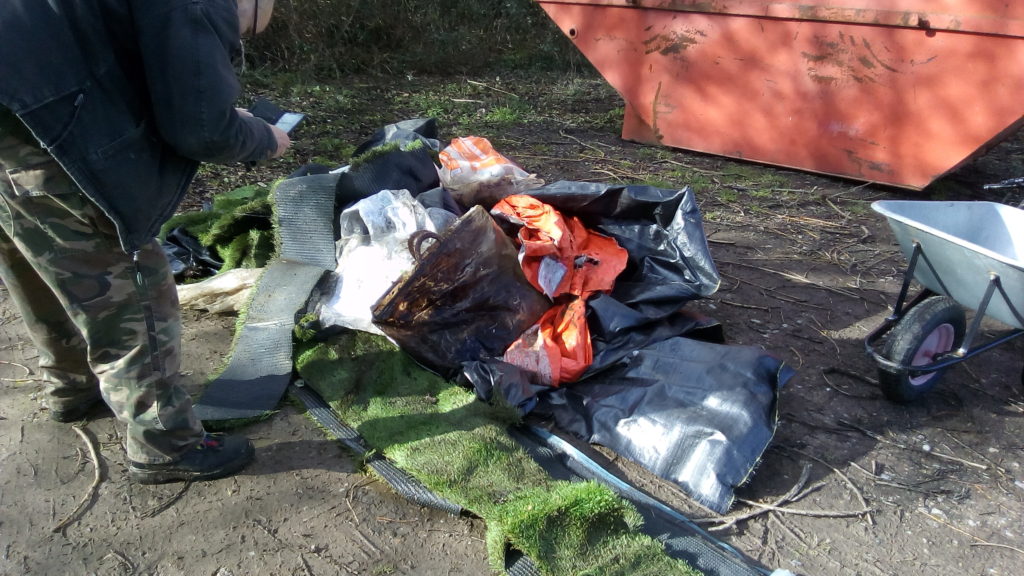 Sending a polite message to the householder who dumped rubble

This entry was posted on Monday, February 12th, 2018 at 6:51 pm and is filed under News. You can follow any responses to this entry through the RSS 2.0 feed. You can skip to the end and leave a response. Pinging is currently not allowed.