Last year over 150 people, mostly liveaboard boaters, signed a letter to Avon and Somerset and Wiltshire police forces about the concerns of liveaboard boaters, leisure boaters and residents along the western end of the K&A about the activities and behaviour of some hire boat groups, especially stag and hen parties.

On 5th April a meeting took place to discuss these issues which was attended by CRT, liveaboard boaters, hire boat companies, the police from both counties, and the Travelling Community Support Service of Julian House. It was a positive meeting with bridges being built and barriers to communication being broken down. Another meeting will take place in October to review how the summer season went and to facilitate ongoing positive communication between hire boat companies and boaters. This meeting was organised as a result of discussion when boaters met with Mark Evans, K&A Manager, on 6th January.

Both CRT and the hire companies were reluctant for the 5th April meeting to take place citing previous concerns that it would become a hire boat company bashing exercise, which was how a previous meeting with boaters ended. It became apparent that CRT in particular did not seem to want the meeting to take place, had delayed it despite it being an action agreed on 6th January, and had done very little to ensure the attendance of hire boat companies and the Police. It was boaters who contacted many of the hire companies and the Police and persuaded them to attend, and it was Julian House Travelling Community Support Service who provided the venue.

However it became apparent that badly behaved hire crews are bad for everyone concerned. Georgina Wood, CRT Business Boating Manager outlined the process that hire boat companies have to follow to get a licence and also stated that to get any additional boats, they must repeat the process. Sally Boats and Bath Narrowboats/ Anglo-Welsh outlined the minimum 90 minute handover process they follow, and the comprehensive handover form they fill in, before letting their customers take control of a boat. Security deposits from hirers were also discussed.

Most of the hire boat companies offer a skipper for an additional fee and the proposal that they promote this option for stag and hen parties was discussed. It was pointed out that the Equality Act means that hire companies can no longer ban single sex crews as they used to do. The meeting agreed that banning single sex parties was irrelevant and unworkable.

One of the most important discussions was about how to report incidents. It was broadly agreed agreed that in the case of dangerous and/or antisocial behaviour, the Police should be called immediately. This is because a call to the relevant hire boat company only results in a third party complaint to the Police which will not be prioritised. Also, hire boat company staff are not trained or paid to deal with drunk or abusive behaviour. The Police will then notify the hire boat company.

This was a very positive meeting meeting in which the concerns and fears of liveaboard boaters were taken seriously. There will be another meeting at the end of the season to review the season and to work on further measures to make reporting incidents easier and more centralised; for instance, hire boat companies were interested in providing a text number so that any incidents could be reported in places where the mobile signal is weak. 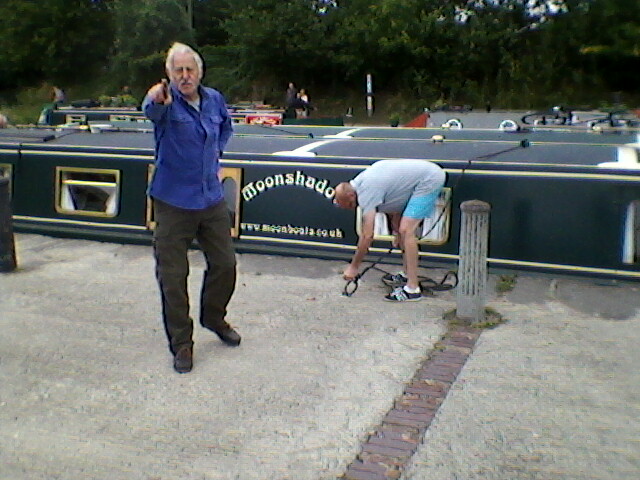 This entry was posted on Monday, April 18th, 2016 at 6:52 pm and is filed under News. You can follow any responses to this entry through the RSS 2.0 feed. You can skip to the end and leave a response. Pinging is currently not allowed.