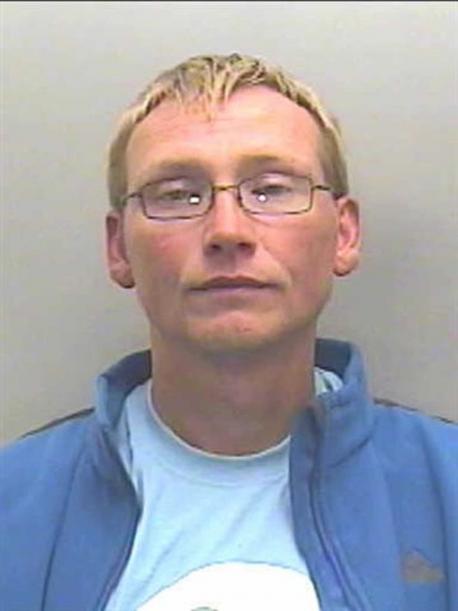 The 39 year old Campbell smashed doors and windows on narrow boats along the Kennet and Avon Canal across Wiltshire.  He was arrested after a nationwide hunt and is now in prison after admitting a string of burglaries.

Campbell just one week after being put on a suspended sentence for burglary  was forcing his way into a boat on the canal at Bishops Cannings. A few days later he broke into two more boats,  near  Bradford on Avon and then at  Whaddon Lane, Hilperton. In  Bradford on Avon he took climbing equipment and clothing worth £800 and a camera, iPod, rucksack and £20 cash in the other. A day later he broke into another boat at Laywood Bridge, on the outskirts of Devizes, making off with £900 in cash, a camera and electrical items.

Then a few weeks later he broke into another boat at Bishops Cannings, again taking electrical items, food and some house keys. All the break-ins happened during the day when the boats were empty the stolen goods were sold at second hand shops in Swindon.

Claire Marlow, prosecuting, said Campbell’s fingerprints were found at the scene of one of the offences and he was tracked down to a house where he had been staying. But while some of the stolen property was found there, he had moved on, stealing from the woman who had put him up. He was eventually arrested in Lincolnshire and returned  to Wiltshire for questioning where he admitted the offences.

Campbell, of no fixed abode, pleaded guilty to five counts of burglary and asked for 14 more offences to be taken into consideration.

Jason Taylor, defending, said his client knew  he was facing a jail term not just for these offences but also the suspended sentence. He said Campbell had been put into care at the age of two, leaving at 16 with no family whatsoever. “As a result of that he has sadly led a life of crime. He has found when he is released from prison in the past he has nowhere to go to,” he said. After a homeless charity arranged for him to stay in bed and breakfast for two weeks he moved on and committed the burglaries to raise money to live. By the time he was arrested he said he had eventually found accommodation and work as a chef.

Judge Douglas Field said: “You have pleaded guilty to five counts of burglary and within weeks of being sentenced to a suspended sentence you went on this spree of offending and your targets were these house boats. They are people’s homes, they have come back and found doors and windows wrenched open and valuable items taken, and items of sentimental value as well.”

This entry was posted on Monday, October 28th, 2013 at 3:08 pm and is filed under News. You can follow any responses to this entry through the RSS 2.0 feed. You can skip to the end and leave a response. Pinging is currently not allowed.