In my initial response to the moorings consultation I have decided to take it at face value. At some future point I will examine the proposals in their social context.

Starting from this statement;

British Waterways claim there is a problem that requires solution. 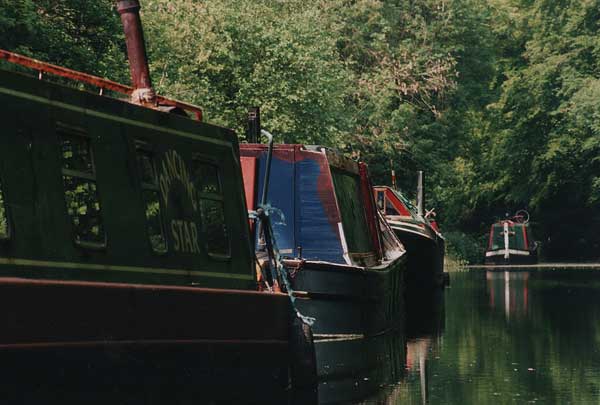 Context
That there is not enough mooring space for all the users of the canals and the use of existing mooring space by those who need to use it is also a problem that requires solution.

I intend, over the coming months, to analyse and bring into the public arena exactly what this ‘problem’ consists of. An analysis that will cover the number of people complaining, the demographic of those people, the nature and substance of those complaints, the validity or those complaints and the responses made by the responsible authorities to those complaints.

I believe this will show that the problem has been exaggerated by BW in response to aggressive and effective lobbying by the leisure industry and, lately, by a small but vociferous proportion of canalside villagers reacting to the new found popularity of the canals by a group of people they instinctively fear and dislike.

BW claim that mooring on the canal is a scarce resource that requires rationing by price. The canal system is a publicly owned resource, to ration it by price will restrict its use to the more affluent in society and restrict its use by the less well off. This is patently wrong. If it is true that rationing is required – and i do not accept this – then the only fair way would be some kind of allocation that does not depend on a boaters ability to pay.

Legal Framework
To impose these fines and restrictions British Waterways intend to use a piece of law that is 47 years old, the 1962 Act, that empowers them to charge for ‘services and facilities’ which any reasonable person would read as wharfage, towage, cranage and other services and facilities one would expect a navigation authority to supply. We are asked to believe that the legislators simply forgot to add ‘fines, excess charges and restrictions’ to this section of the Act. And that all the subsequent legislation, including the much more relevant 1995 Act simply did not happen.

They then intend to use another piece of legislation in the 1983 Act to claim that an ‘overstaying’ boat constitutes an obstruction to navigation and that it can be removed under their powers to keep the channel clear. Again the legislators, intelligent people, would have been quite capable of including these circumstances if that is what was intended.

It is a very serious breach of power by a Public Corporation to seek to use primary legislation in a way that was obviously not intended to achieve a goal that was not considered when the original legislation was debated. It is unlawful of BW to behave in this way. BW have up until now been wary of court challenges to their abuse of powers and have always dropped or lost cases where there has been a robust defence. The handful of cases they point to as backing up their view are either undefended or inadequately defended.

The new rules are widely challenged as to their legality whereas the 1995 Act is primary legislation about which there is little dissension. There already exist a set of laws, the 1995 Act Section 17 (3), that provide for all that BW wish to achieve. These laws took 7 years to debate and become law. To ask for more draconian powers because BW is incapable of enforcing the rules arising from this legislation could only emerge from a corporate mindset out of touch with reality and semi-detached from their legal responsibilities.

Steering Groups
The new rules are to be established by a body who know very little about the day to day situation on the canals, BW, to give powers to another body, the proposed steering group, that has no expertise or direct experience of the canals to enforce a set of rules that are far wider in their scope than the existing rules in the 1995 Act which BW find impossible to enforce. There are, within the proposals, conditions that are intended to explicitly exclude from the process those people affected by the new restrictions or people with local expertise of the use of the canal. The only canal users, as opposed to towpath users, that will be included in the proposed steering groups are those with declared vested interest, ie the leisure industry.

BW will appoint volunteers to police these restrictions and issue fines. This leads to a situation where members of the public will have to stand up in court and subject themselves to rigorous examination of their motivations and reasons for undertaking these roles. Their accountability will be suspect and no process of appeal is proposed. There is no attempt to establish standards of behaviour or probity.

Enforcement
The intention to make licencing a boat dependent on payment of fine accounts is unenforceable. It is a boat that has a licence not a person, it is a person that has the charges levied upon them. When the licence comes up for renewal it will be made clear that these things are separate. BW will only have recourse to the small claims court to attempt to recover outstanding charges and this uncertain process is likely to cost far more than it will make.

Positive comment
It is very difficult to find anything positive in these proposals. There is a germ of a good idea, that local solutions are the way forward, but the proposals are essentially flawed in a way that only BW could come up with. The local user groups could flag problems and issues and propose workable solutions within existing legal frameworks but within this consultation the solutions are already imposed, the local groups are simply required to enforce these.

Conclusion
BW have started from a flawed premise, that there is a serious problem that requires imposed solutions. if this premise is flawed then the solution that arises is also logically flawed. BW’s track record in bending law is not good. The bluster they raise by doing so is swiftly countered by reasoned opposition; roving mooring permits, continuous cruising guidelines (two versions), mooring tenders, spring immediately to mind.

If BW concentrated on enforcing those powers they do have, which are extensive, then they would gain much more widespread support, especially from those groups on whom they are currently trying to impose unworkable solutions. Without the support of these groups these proposals are doomed to failure and if implemented in spite of these objections will cause much larger problems than they are intended to solve.

This entry was posted on Saturday, November 14th, 2009 at 10:54 am and is filed under Moorings Consultation. You can follow any responses to this entry through the RSS 2.0 feed. You can leave a response, or trackback from your own site.

One Response to “Consultation response”