Yesterday (16th August 2017) CRT seized a boat that was a vulnerable person’s home using its powers under Sections 8 and 13 of the British Waterways Acts 1983 and 1971. The boat was craned out at Devizes Wharf at 11am and taken to an unknown location by road. There were 8 bailiffs and enforcement staff present.
UPDATE: It has been reported that the evicted person is now sleeping rough. 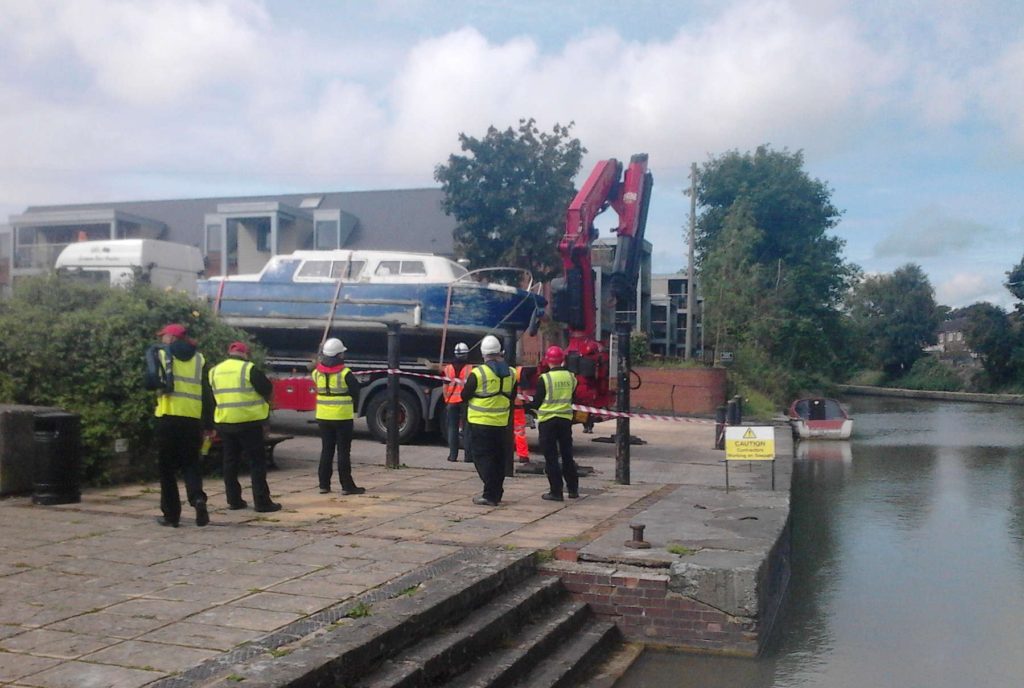 The boater in question was known by CRT to have difficulties. Yet CRT appears to have made no attempt to support the liveaboard boater. This is despite the attempted re-branding of the Enforcement Team, which has been renamed the Boat Licence Customer Support Team and staff members now go by the title of Boat Licence Customer Support Officer. The photograph shows a distinct absence of customer support.

Formerly-titled Enforcement Officer Matthew Preston and Enforcement Supervisor Sheila Shaw supervised the seizure of the boat. Having two CRT enforcement staff present when boats are removed, presumably to corroborate each others’ account of events if things go wrong, appears to be a relatively new development. Until recently CRT is known to have removed boats with only one enforcement officer present.

This entry was posted on Thursday, August 17th, 2017 at 6:50 pm and is filed under News. You can follow any responses to this entry through the RSS 2.0 feed. You can skip to the end and leave a response. Pinging is currently not allowed.

One Response to “CRT makes another vulnerable person homeless”