Yesterday (16th May 2017) CRT seized a boat from Bishops Cannings and craned it out at the Black Horse in Devizes. The fibreglass cruiser, appeared to be unoccupied when six bailiffs started push-towing it with a dark green dory at around 10am to the Black Horse, where an A. B. Tuckey’s crane and flatbed truck were waiting. At around 11.30am the boat was craned out onto a hi-ab lorry belonging to Spectrum Freight Ltd and driven west out of Devizes. 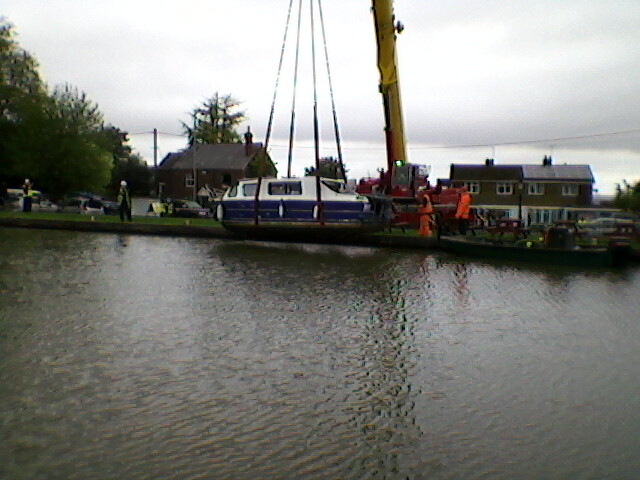 The boat is craned out

The green dory was then craned out onto a trailer towed by a black crew cab pick-up. In total there were at least 10 bailiffs, contractors and CRT enforcers present. Tuckeys had been at Caen Hill marina for a private craning earlier in the day. 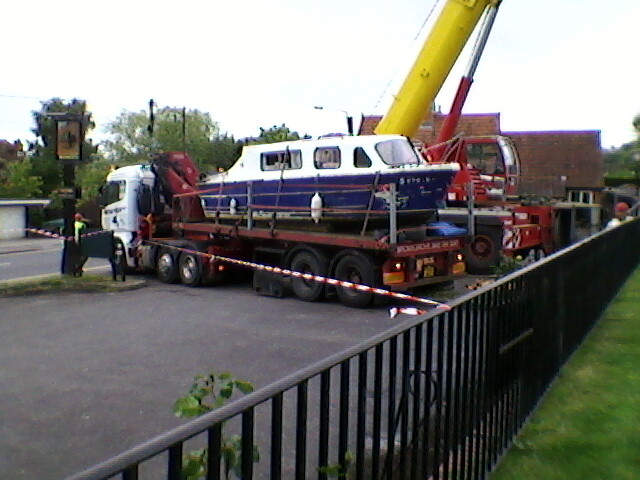 The boat is loaded onto the hi-ab truck

It is not clear whether the boat was seized because the owner could not or did not pay for the licence, or because it was a boat without a home mooring that CRT alleged had not moved ‘far enough’.

The boat seizure was overseen by CRT Enforcement Supervisor Sheila Shaw, who is the enforcement supervisor for the south west. However the Enforcement Officer for the K&A between Widbrook and Reading, Matthew Preston, was also present. 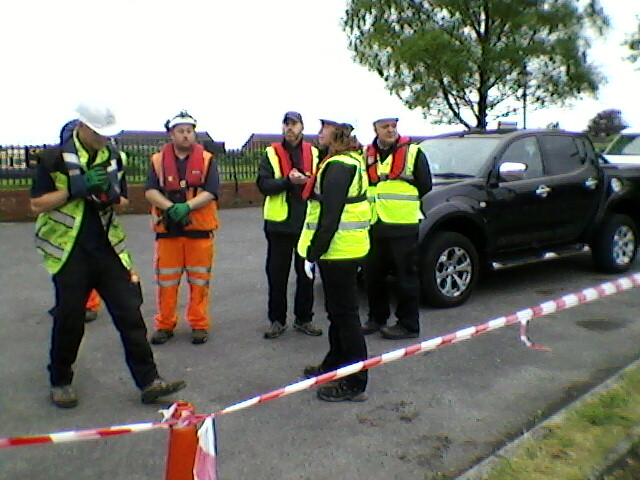 Ms Shaw yesterday refused to say where the seized boat was being taken. CRT routinely uses the tactic of refusing to tell owners of seized boats where they are. For example, the owner of Tanith, seized from the K&A in June 2016, still does not know where his boat is. 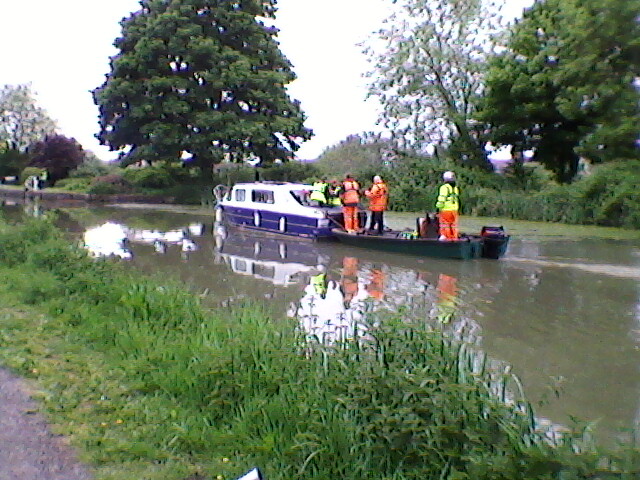 Bailiffs towing the seized boat to the crane

This entry was posted on Wednesday, May 17th, 2017 at 10:22 pm and is filed under News. You can follow any responses to this entry through the RSS 2.0 feed. You can skip to the end and leave a response. Pinging is currently not allowed.

One Response to “CRT seize another boat from K&A”