A recently published page on the CRT web site makes misleading claims that it is impossible to comply with the law on continuous cruising if you have “fixed obligations, such as education, employment or healthcare, in any one area”. The article wrongly states that you cannot live on a boat without a home mooring if you stay in “one area” but “must use the boat to genuinely cruise in a mainly progressive fashion (A to B to C to D rather than A to B to A to B) from place to place”.

the applicant for the relevant consent satisfies the Board that the vessel to which the application relates will be used bona fide for navigation throughout the period for which the consent is valid without remaining continuously in any one place for more than 14 days or such longer period as is reasonable in the circumstances. 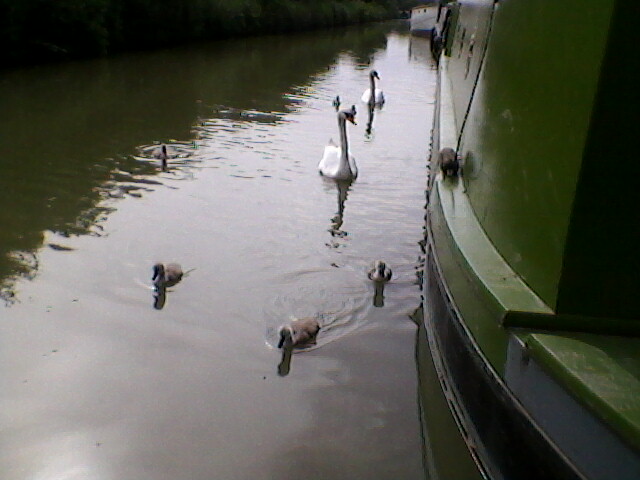 There is a world of difference between staying in one “place” and staying in an “area”. s.17(3)(c)(ii) does not specify a minimum distance, nor define the size of an “area” that a boat must travel beyond in order to comply with the requirement to be used bona fide for navigation. The intended test for compliance, which is stated in s.17(3)(c)(ii) above, is that the boat must not have remained continuously in any one place for more than 14 days, unless it is reasonable in the circumstances to stay longer. There is no authority in the 1995 Act for CRT to decide that a boat that has remained within an “area” or that has travelled less than a certain distance has not complied with s.17(3)(c)(ii). There is also nothing in s.17(3)(c)(ii) regarding a time limit before which a boat is prohibited from returning to a place. Therefore, there is nothing in the 1995 Act prohibiting boats licensed under s.17(3)(c)(ii) from remaining within a small geographic area that is bigger than one place, provided that they pass the test of not remaining continuously for more than 14 days in any one place.

A ‘no-return-within’ time limit of one calendar year for boats without a home mooring was proposed by the House of Lords Select Committee in July 1991 in an amendment to the original Bill that became the 1995 British Waterways Act. However when the House of Commons Select Committee made further amendments in 1994, it rejected the no-return-within limit and agreed the wording of s.17(3)(c)(ii) as above. BW’s original Bill had tried to compel all boats to have moorings, with criminal fines at the highest level for anyone caught living on their boat without a Houseboat Certificate and a residential mooring.

CRT’s web site also says that the law is ambiguous, which means they have to translate it into something “that boaters can understand”, so they have written the Guidance for Boaters Without a Home Mooring. That is very strange when you consider that part of CRT’s argument against giving permission for Nick Brown to bring a Judicial Review of the Guidance was that s. 17 3 c ii is not ambiguous. Mr Brown was given permission to bring a Judicial Review by the Court of Appeal in July 2013.

The article also seeks to discourage people from exercising the right to live on a boat without a home mooring with references to winter weather, carrying firewood along the towpath and emptying toilets. And if that is not enough discouragement, it also says that “Ultimately, we want every single continuous cruiser to understand that, while we don’t like doing it, we will remove your boat from the water if you consistently break the rules”.

Even more strange is that CRT’s web page mentions the Association of Continuous Cruisers, who you might think would not want to be linked with discouraging boaters to use the waterways without a home mooring.

This is the page on CRT’s web site http://canalrivertrust.org.uk/boating/mooring/want-to-be-a-continuous-cruiser

This entry was posted on Sunday, November 17th, 2013 at 8:21 pm and is filed under News, The Law. You can follow any responses to this entry through the RSS 2.0 feed. You can skip to the end and leave a response. Pinging is currently not allowed.