Got a wheelbarrow? Must be a continuous moorer!

Writing to challenge an article that is derogatory to liveaboards without home moorings means that the vilification ‘will be added to’. And if you challenge the editor’s judgement and in doing so call him ‘an idiot’ you are being aggressive and abusive.

We have been given a copy of the correspondence between the editor and a boater who contacted the blog to express their concern about an article denigrating liveaboard boaters on the K&A as a result of the two-hour real time film on BBC2 of a narrowboat travelling through the Bath valley.

Boater: “Good afternoon and I hope I find you well. I’m writing in reply to an article today which had a rather unpleasant tone regarding the recent BBC film of the K&A. The article asks where we ’empty out excrement answers on a postcard’. I suggest the tone is trying to infer that it goes in the cut which of course is nonsense in fact I can be seen in the film coming out of the Elsan point at Dundas. The author also states that the filming clearly shows continuous mooring again this is nonsense. If the film was time lapsed over several weeks and no boats moved then it may be a fair statement otherwise again it is nonsense. For the information of those that don’t know this stretch it does have a lot of online CRT permanent moorings at Bathampton and Claverton as well as private moorings at Dundas and also Claverton. A great deal of the boats shown were therefore on long term moorings. It was also interesting to note that the visitor moorings in central Bath, Bathampton and Dundas were all empty. As for the sunken boat it was re-floated a few days after filming. So please don’t be put off and don’t believe those with a negative attitude, come on down to the western end of the K&A and have a good cruise”

Blog editor: “I recorded the BBC two hours show from a boat travelling the Kennet & Avon Canal – so when I get time I will have a look myself. In May 2005 we cruised to Bath and back, so will be able to compare. We are always early starters, always cruising by 7.15 at the latest, and twice now I marked in the Log that there were two instances of boaters tipping their Elsans into the cut. There were not expecting anyone, and being on tick-over the boat engine was very quiet. So cannot agree with you there!”

Boater: “You will not see any one in that film putting Elsan into the cut I promise seen the film twice. I travel that stretch every two weeks I can tell you for a fact there are three boats not on home moorings that never move all cc licences but not lived in one hasn’t moved for two years (wooden boat just after first swing bridge) these are examples of CRT simply not doing their job the boats should be gone. I just found the tone of the article judgemental. Unless you go past a boat regularly you simply don’t know if it moves or not. You cannot say something is continually moored based on one shot of it, you don’t know when it arrived or when it left. You need to also take into account that Dundas is the last Elsan before Bristol nearly twenty miles away and the film was taken whilst the Avon was high so a lot of boats on the 16 mile river stretch come up onto the canal for safety. Any way take care and thanks for taking the time to reply, it is appreciated.”

Blog editor: “I saw half of the BBC ‘film’ yesterday – and cannot agree with you. The fella with the bucket was definitely tipping something into the cut, saw the boat then hastily filled it with water – but you know and I know that no boater is going to use canal water for anything… And my wife, who was with me pointed out the barrows and bikes – sure signs of continuous moorers. So not only do I agree with my contributor, but it will be added to. To state that there are just three boats without home mooring is not acceptable, there are many as is obvious. And coming off a river (don’t forget we moor on the River X) because of flood is no reason.”

Boater: “So in your opinion someone with a bike is a continuous moorer? Sorry but you are clearly an idiot.” 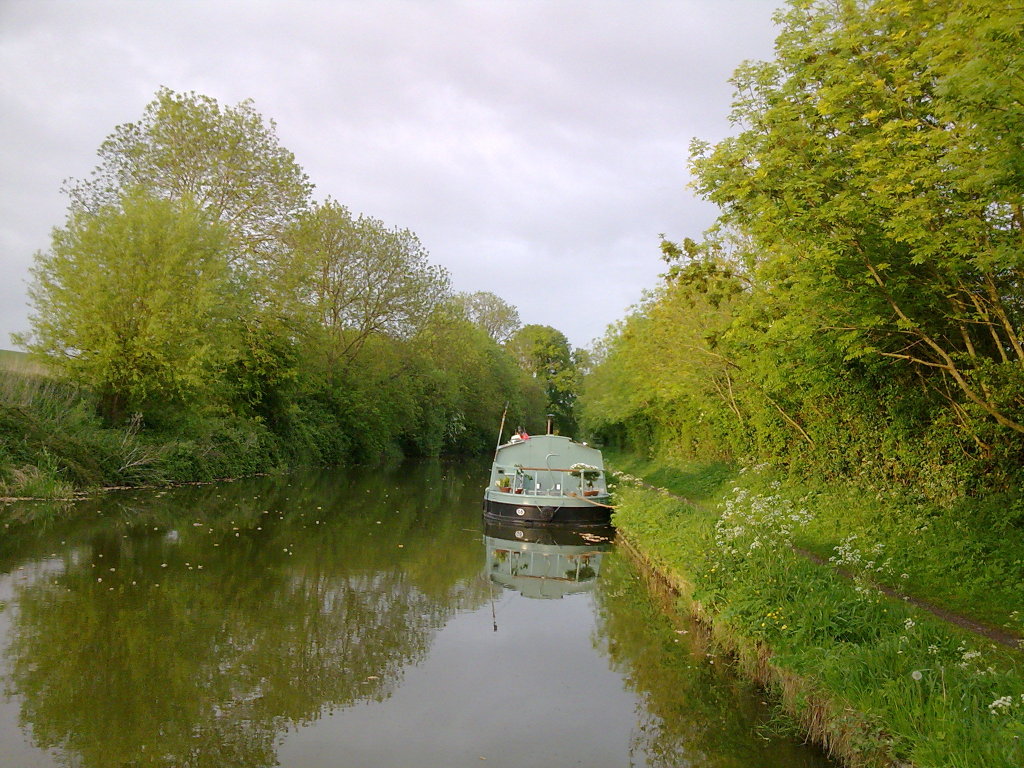 This entry was posted on Thursday, August 20th, 2015 at 11:51 am and is filed under Stories. You can follow any responses to this entry through the RSS 2.0 feed. You can skip to the end and leave a response. Pinging is currently not allowed.