We’ve been hearing rumours about Ms Lee for a while now, it seems her bosses never really forgave her for ‘overlooking’ Mr Lee’s boat on the Honey Street visitor moorings for two years. 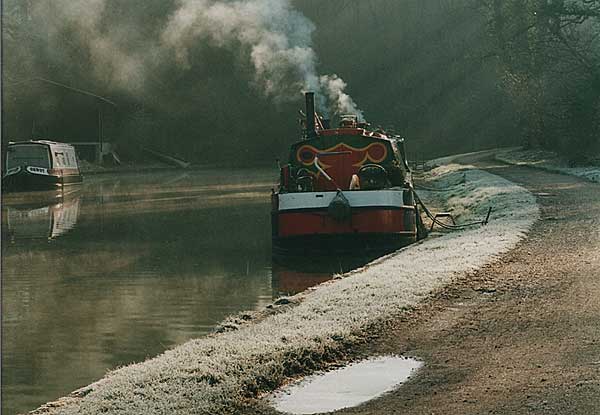 The latest rumour has it that Jane Lee will be leaving her job as enforcement officer and will no longer be treading the towpaths to oppress and harass law-abiding boaters. Instead she will be “doing some sort of information co-ordinating job working from home. ” according to Jane Lee’s husband, overheard telling a random drinker this in his pub in Pewsey.

We’re not sure whether she will still be part of the enforcement team, but we suspect this move is due to the reorganisation of BW which involves 10% of BW jobs being lost. BW staff recently picketed the BW AGM over the re-organisation plans.

Peter Wells, noted local artist, is planning a memorial in Ms Lee’s honour, in recognition of the close relationship they have enjoyed these last few years.

Now that BW have contracted out the maintenance, there would seem to be very little left apart from the fat cats with the bloated salaries and the vote-yourself bonuses and the enforcement team – and one of our recent bulletins revealed that they had asked BANES council traffic services to take over that job in the Bath area, an idea re-inforced in the ‘kill all hippies’ draft moorings consultation – which you all will have read, won’t you?

This entry was posted on Sunday, November 1st, 2009 at 9:42 am and is filed under News. You can follow any responses to this entry through the RSS 2.0 feed. You can leave a response, or trackback from your own site.