At least one liveaboard family without a home mooring has successfully negotiated a Term Time Cruising Pattern with CRT.

The family will spend term times within an approximate five mile stretch of waterway, staying no longer than 14 days in any one place unless a longer stay is reasonable in the circumstances. In the Easter and summer holidays they will travel about a further 23 miles, to the same place and back in both holidays, making their total annual range around 28 miles. The cruising pattern was negotiated with the local CRT enforcement officer.

Some 6 miles of the family’s proposed journey is not on CRT waterways, implying that CRT has capitulated to complaints about this specific matter and now deems distances travelled on another navigation authority’s waterways to count towards meeting its unlawful 20 mile range requirement. CRT also appears to accept that travelling any significant distance in the winter school holidays is not practicable. The family also successfully fought to get their 12-month licence reinstated at the same time.

We would encourage liveaboard families with school age children to approach CRT to negotiate a term time cruising pattern that meets their needs, and to challenge any licence restriction or other enforcement action that was taken against them due to staying near to their children’s school in term time. 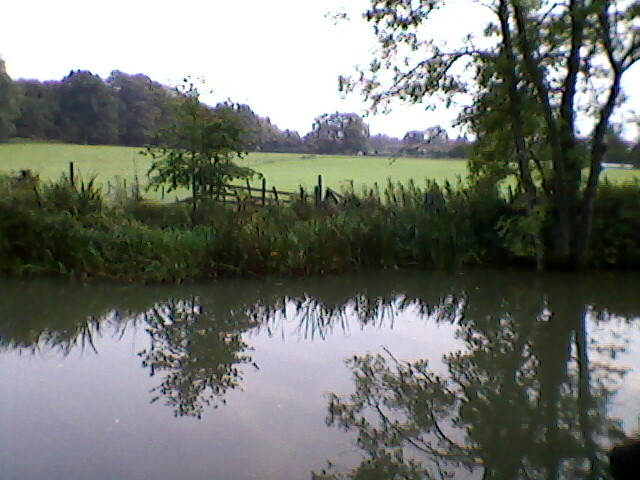 The confirmation that at least one family has successfully negotiated a term time cruising pattern brings to an end 18 months of uncertainty and confusion after a report in February 2017 by the Waterways Ombusdman stated that CRT would publish “illustrative cruising patterns” for liveaboard boaters with school age children. In October 2017 CRT published its Equality Policy for Customer Service Delivery which stated, regarding boaters without a home mooring who have school-aged children, that: “We have considered whether there needs to be a special adjustment to our usual requirements in these cases, however we do still expect these boaters to comply with our Guidance”. In a meeting between CRT and the NBTA in April 2018, CRT said that the decision not to publish “illustrative cruising patterns” was taken following legal advice.

CRT has repeatedly refused to respond to Freedom of Information requests about term time cruising patterns. See these four refusals to provide information:

In an interview on BBC Radio Wiltshire on 23rd April 2018, Matthew Symonds, CRT’s Strategy and Engagement Manager was asked about CRT’s statement that it “would help and publish these cruising patterns and then you decided not to”.

In reply Mr Symonds said: “What we can’t do as some of your contributors have said, is tell boaters precisely how far they should move or what they should do because the law does not allow us to do that”. He added: “We think it is possible within that guidance to stay closer to schools, maybe during term time and travel further outside of term time. But what we can’t do is specify what that is.” He continued “So, you see, moving smaller distances closer to your school in term time and the moving further away in holidays means that you can kind of meet that guidance.”

Here is the full text of the BBC Radio Wiltshire interview with CRT:

00:02 BP The accusation, by the sounds of it, is that you said you would help and publish these cruising patterns and then you decided not to…

00:08 MS Well, you know, living on a boat with children can be a great experience and … but it does require a bit more planning.

What we can’t do as some of your contributors have said, is tell boaters precisely how far they should move or what they should do because the law does not allow us to do that.

But we do have a guidance to help boaters, who are living on boats, plan their movement.

And we think it is possible within that guidance to stay closer to schools, maybe during term time and travel further outside of term time. But what we can’t do is specify what that is.

00:41 BP But, again, the accusation is that you said you would make it clear it but by the sounds of it you’ve led some people up the Towpath.

00:48 MS Well we are constrained by what we can do but what we would say is that if anyone is finding it difficult that they talk to our local teams on on the canal and they will try and help them and give them advice within the limits that we have.

As I say is possible to to stay within the guidance to live on a boat with children in school.

Many people do that on our canals but it does take a bit more planning and it can be challenging.

01:14 BP Yes, it can be challenging and people are struggling and to hear headteachers, I’m hearing, state that things should change.

I mean, how sympathetic to that message and how much you think sometimes people are just taking the mick at having the moon on a stick?

There are lots of advantages and it can be a great place to grow up with children.

But we have to be realistic.

It can be difficult as well, as your contributor said, living on a boat in the winter it’s not as easy as if you are living on land with all the kind of services on tap.

But, you know, you have to weigh up with different options and make your decision.

And if you want to live in a boat, as I say, it can be possible to do it, you get lots of advantages from that, but it requires a bit more planning…

… but as I say what we can’t do is give them a prescribed distance of where they should travel to.

02:12 BP You can talk to them, you can sightly pander to them I suppose, but you can’t actually physically do anything to help them, then.

They would then be forced, if you can’t do anything to appease them, to go and live a different lifestyle.

02:24 MS Well, many people do manage to stay within our guidance on on the Kennet and Avon…

02:28 BP … what is that they do that makes it possible then that the others aren’t managing to do?

There must be, in your eyes, a way of doing it that you’re just maybe being a bit too reserved to suggest they do.

But our guidance says that over the year of your licence you have to travel a range of 20 miles.

That doesn’t mean you have to travel 20 miles each time you move.

So, you see, moving smaller distances closer to your school in term time and the moving further away in holidays means that you can kind of meet that guidance.

It is possible if you plan it.

03:02 BP And legally: how sound is your argument, because we were hearing from other guests earlier throwing a whole load of legislation out there to say what you suggest isn’t bound by any law.

So people are – what – within their rights to do what they want, and to keep contesting this with you?

03:20 MS Well, the law that we are governed by is not as clear as anyone would like.

It just uses the word “bona fide navigation” without being clear about what that means.

So we have to interpret that because as the people who look after the canal we have to manage that space fairly for everybody.

So the guidance is there to help boaters.

This entry was posted on Tuesday, September 4th, 2018 at 4:57 pm and is filed under A-Featured Articles, CRT Policy News. You can follow any responses to this entry through the RSS 2.0 feed. You can skip to the end and leave a response. Pinging is currently not allowed.