CRT announced on 21st November that Mark Evans, who was the K&A manager until 2018, has been appointed as Regional Director for Wales and the South West. He will take up his post in January 2020.

Following the sudden and unexplained departure of Richard Thomas in June, it appears that CRT has played safe in appointing a staff member who is a known quantity. Unlike the irascible and unpredictable Mr Thomas, most people who have dealt with Mark Evans have reported him to be approachable and friendly. We hope that his three years as the manager of the K&A will have prepared him for the issues that liveaboard boaters will no doubt wish to raise with him and see genuine action on. 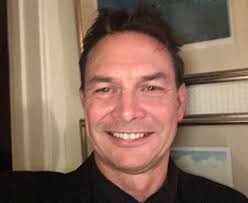 This entry was posted on Sunday, December 8th, 2019 at 1:12 pm and is filed under News. You can follow any responses to this entry through the RSS 2.0 feed. You can skip to the end and leave a response. Pinging is currently not allowed.