A group called the People’s Flotilla Against Austerity is holding a demonstration in Milton Keynes on 7th June to protest against cuts in Government spending and against worsening conditions for all canal users on CRT waterways. The demonstration will take place from 2pm to 4pm at Pear Tree Bridge on the Grand Union Canal in Milton Keynes. For more information see http://thepeoplesflotilla.wordpress.com/ 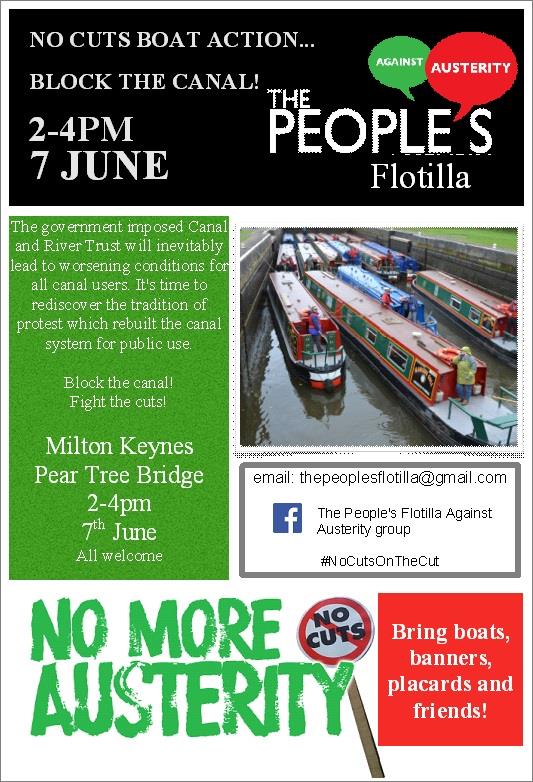 This entry was posted on Monday, June 2nd, 2014 at 3:15 pm and is filed under News. You can follow any responses to this entry through the RSS 2.0 feed. You can skip to the end and leave a response. Pinging is currently not allowed.