There haver been a number of problems encountered by a range of Roving Canal Traders recently when various local authorities up and down the cut have required traders to have street trader licences in addition to their existing Canal & River Trust (CRT) trading licence. These events are becoming more common and only last month occurred in Wigan and Chorley, and that has galvanised a group of us to start taking action. If this increases beyond the current rare instances it would mean that many – I would say most roving traders’ businesses – would become unviable.

In my day job I am a small business adviser who works with a number of live aboard boaters, most of who are roving traders and work with them on a range of their business needs. I also have another business and trade with and alongside roving traders and sell cheese as “The Big Cheese”. I have traded as part of floating markets on the Kennet and Avon and Grand Union canals. This has given me an insight into the lifestyle and challenges faced by the Roving Canal Traders.

One such person is Sam Keay – Gangplank Spirits and Preserves. She has an interesting and often successful business. In an attempt to recover after the first lockdown she opened up for trade at Leamington Spa. A local business made a complaint about her and despite having a trading licence, full premises licence and all relevant food hygiene certificates, she was closed down by a Warwickshire County Council licensing officer who insisted that she needed a Street Traders Licence. This led to Sam losing that weekend’s trade, and also the next two weekends, for which she was booked and advertised at the next locations – also in Warwickshire. Clearly, she lost a significant amount of trade as a result.

The laws she referred to are the Local Government (Miscellaneous Provisions) Act 1982 which defines a street by referring to The Highway Act 1980, which defines a street as “A street means any road, footway, beach, service area as defined in section 329 of the Highways Act 1980 or other area to which the public have access without payment.” Clearly that could include a towpath. Taken to the ultimate conclusion, this could mean that any canal trader could be required to not only have but plan for in advance and pay for a Street Traders Licence for any day’s trade on any canal, and without could be ordered to cease trading without notice.

I am personally registered as a market and street trader in Bath which took several hours paperwork and emails/phone calls and has a lead time of up to a month. It has to be approved by the Licensing Committee which meets monthly and I’m going to do it for Bristol for next Christmas and trade alongside another client.

As a roving trader, you are required by CRT to be continually moving, and having to apply for Street Traders Licences in each authority you go through would pose unfair and very onerous, time consuming and costly challenges and barriers to trading.

I have also regularly challenged and successfully appealed against licensing decisions, largely taxi licences by councils in the day job, so, I have some knowledge of the territory and process.

With that experience, I have started working with Sam on this and we had a Zoom meeting with a licensing solicitor and a barrister with experience in licensing which aimed to:

-Recognise the contractions in the existing legislation

Unfortunately, their conclusion was that there was a legal argument that the Leamington individual did not act unlawfully, but recognised that it is not reasonable to demand a Street Traders Licence a significant distance from a road, when CRT are already licensing the trader on the towpath.

There are other ways to interpret these laws including a “Roadside” defined as being within 15 metres of a highway, which is often used for fast food vans/trailers. Different councils have different interpretations and approaches.

I’ve talked to a licensing officer in a county council, who is sympathetic and positive to canal traders and applies the 15 metre rule for roads – eg in a B&Q car park 15m from a road they don’t require a Street Traders Licence. I’ve also talked to the licensing solicitor in a city council and she has applied an adapted Street Trader Licence for boats in the Bristol docks including at the Harbour Festival, but wouldn’t think of it on a canal or on the Avon away from a road. The existing legislation is contradictory and leaves canal traders vulnerable to immediate demands to close.

From this and the resulting advice we developed short term and longer term objectives:

-Develop a legal argument/opinion that roving traders should not reasonably be asked for a Street Traders Licence when they are not on or near a road (this is practically the case in most cases at present). If challenged this could be brought out and shown to the over- zealous officer and we believe that in most cases it would stop the officer, and they would or should then go back to their licensing solicitor to check the law

-Circulate the opinion and make traders aware they do not have to close and if a licensing officer decides to take it further and to court, to vigorously defend the trader and take it to a higher court to establish a precedent

-Longer term to lobby MPs to look to get the law changed to specifically exclude canal traders with CRT licences from the definition of a street, which is manifestly preposterous

So why am I bringing this to you? Initially, neither Roving Canal Traders Association (RCTA) nor CRT supported Sam at all. With the work we’ve done with the lawyers they have changed their stance and are now broadly supportive and considering putting money in (RCTA) and help (both).

The proposed opinion would take several hours of the lawyers time to research and write, and they have quoted £2000 plus VAT for both to do the research to form the opinion, and write it with their names and organisations – Albion Chambers, Bristol and Kuits Solicitors, Manchester standing behind traders. Even if there is financial support from RCTA we would still need further funding and are proposing a fund raiser to pay for this work. So we have started a Facebook page called Justice for Roving Canal Traders https://www.facebook.com/Justice-for-Roving-Canal-Traders-106116454878010 and a linked fundraiser https://www.crowdfunder.co.uk/justice-for-roving-canal-traders-1/backers#start to secure the money to pay for this.

I am prepared to contribute despite the continuing Big Cheese losses this year, and have done so. We are looking for contributions no matter how small – £1 is the minimum and, but we are also asking for your views, suggestions, expertise, likes and shares amongst anyone who is as outraged as we are at the threat to the vibrant, culturally rich, colourful, diverse roving canal trading community, who bring so much to canal life. Please help us protect this vital part of canal life. 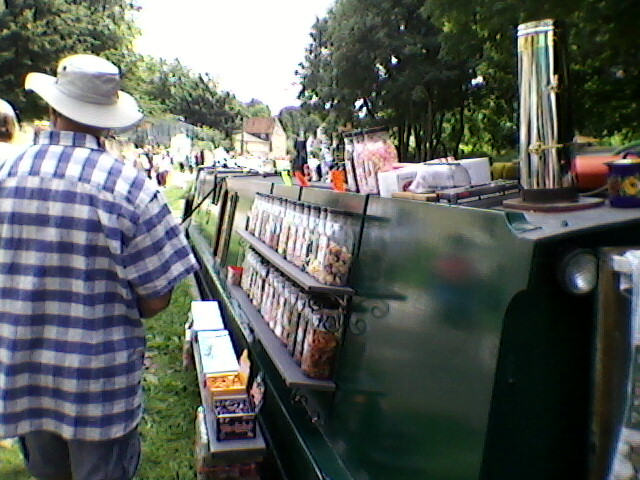 This entry was posted on Friday, March 26th, 2021 at 4:13 pm and is filed under The Law. You can follow any responses to this entry through the RSS 2.0 feed. You can skip to the end and leave a response. Pinging is currently not allowed.

2 Responses to “Recent challenges and threats to Roving Canal Traders”