Sally confesses all in the Wiltshire Times on the 29th January… 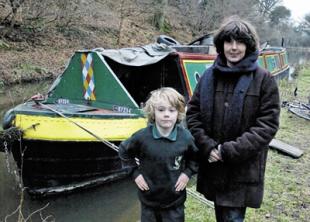 Sally ‘Final Solution’ Ash revealed to the Wiltshire Times that the national consultation is a sham. You know, the consultation that asked whether people would like to see local strategies for moorings with steering groups to manage the process?

Well 2 days before the end of the consultation, this statement from blonde bimbo Sally (59) appeared in the Wiltshire Times as part of an article reporting that boaters, whose views have been so far ignored by British Waterways, understandably protested to the Bradford-on-Avon Area Board that their lifestyle might be adversely affected and that their views had not at any stage taken into account.

In her statement Ms Ash reveals that steering groups will be set up whatever the outcome of the national consultation and despite massive protest in responses to the local consultation, including complaints to the Waterways Ombudsman that this consultation massively breaches government guidelines on consultations.

British Waterways’ head of boating business Sally Ash said: “This first stage consultation is to identify how this group will be made up and the role it will have. Only when this is in place will the steering group start to look at specifics.

This entry was posted on Friday, February 12th, 2010 at 6:45 pm and is filed under Moorings Consultation. You can follow any responses to this entry through the RSS 2.0 feed. You can leave a response, or trackback from your own site.