British Waterways recently sent round a circular email advertising their winter moorings, with the advice that boaters, if unable to move due to the canal being frozen, would have to ask  their local patrol officer for permission to remain.

This prompted a FoI request regarding the numbers of craft with icebreaking capabilities in BW’s possession, and the  number of hours for which they were deployed in this capacity during the winter of 2010-2011 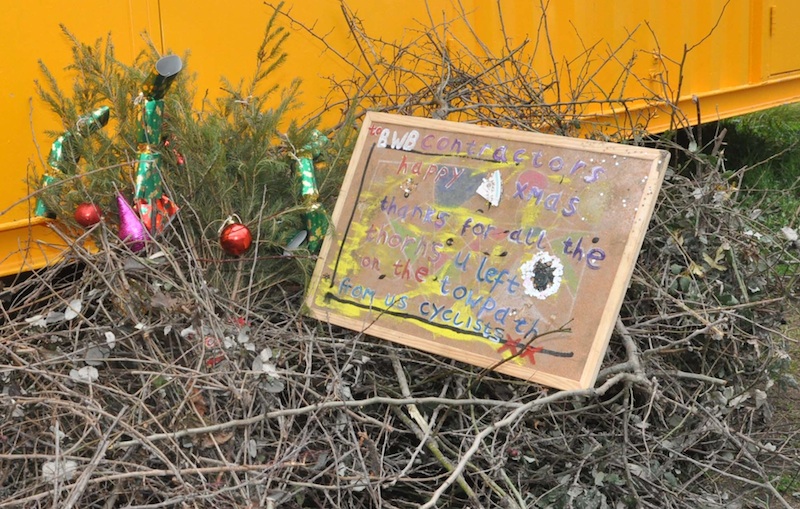 A Christmas Present to British Waterways

BWB Contractors;
Happy Xmas. Thanks for all the thorns u left on the towpath from us cyclists.

Now, I know that lots of you will be disappointed, you were hoping for some thorns of you own. Well, don’t worry, these were only the thorns collected between the George and A36 by our Creative Correspondent, there are lots more between Bath and Bradford. Simply cycle along there and you’re sure to be lucky enough to get some home with you.

Has anyone had a chance to read the Labour Party Manifesto ? I’m told that there’s a commitment to make BW a mutually owned cooperative or somesuch. Can we buy shares?