We are now able to report that the CRT Navigation Advisory Group has given its wholehearted support to the Local Mooring Strategy that was finalised by the Kennet and Avon Local Waterway Partnership in April. The Navigation Advisory Group met on 7th June after its scheduled meeting in April was unaccountably delayed. It encouraged CRT to fully support the proposals and recommended that CRT’s new Community Participation Manager for the South, Mathew Symonds, should work up a consultation document as soon as possible. 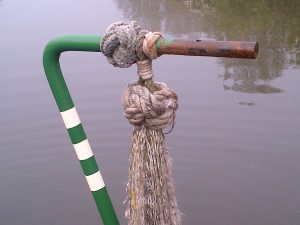 This development comes at a time when it appears that CRT is intent on pushing through its plans for Roving Mooring Permits on the southern Grand Union canal, a measure that the K&A Local Waterway Partnership rejected on the grounds that it was regressive, divisive and over-complicated.

This entry was posted on Wednesday, June 12th, 2013 at 11:41 am and is filed under Mooring Strategy Committee. You can follow any responses to this entry through the RSS 2.0 feed. You can skip to the end and leave a response. Pinging is currently not allowed.