The Boaters’ Cafe Club outreach boat Litania will be at Dundas Basin tomorrow, Tuesday 2nd July 2019 from 11am to 3pm. END_OF_DOCUMENT_TOKEN_TO_BE_REPLACED

The Boaters’ Cafe Club outreach boat will be at Dundas basin next Tuesday 7th November 2017 from 12 noon to 4pm. The main attraction is a spoken word and poetry workshop with Dru Marland. The workshop is aimed at boaters who would like support with wellbeing and mindfulness. The loose theme of the workshop will be “outsiders”. END_OF_DOCUMENT_TOKEN_TO_BE_REPLACED

K&A Manager Mark Evans has arranged for a skip for Friday 27th May at Dundas. The skip will be left there for the weekend. END_OF_DOCUMENT_TOKEN_TO_BE_REPLACED

Mark Stephens, the Kennet and Avon Canal Manager, has responded to a complaint from a boater with the following news about the closure of the sanitary facilities at Dundas. END_OF_DOCUMENT_TOKEN_TO_BE_REPLACED

This questionnaire is being carried out by liveaboard boaters as part of the Equality Impact Assessment of the Local Mooring Strategy proposals for the western Kennet and Avon canal (Bath to Devizes). The purpose of this questionnaire is to find out what impact the proposed mooring restrictions will have on liveaboard boaters – most of whom don’t have moorings.
END_OF_DOCUMENT_TOKEN_TO_BE_REPLACED 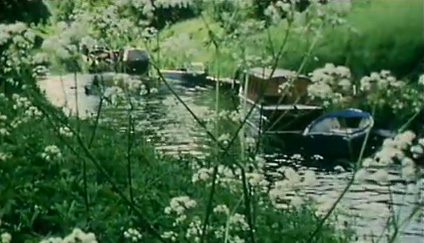 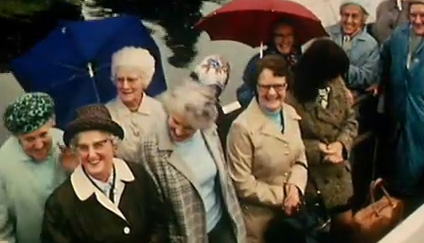 A recent FOI request about policy and the proposed mooring restrictions around Bathampton has led to the receipt of a number of documents and maps being received and passed to us here.

We have just received these and haven’t had time to digest them. We will add our comments in due course.
It is a reflection of the importance of using the Freedom of Information Act that nobody would know about these secret and illegal meetings unless someone, hearing a rumour or two, put in the requests that produced this shocking tale by way of reply.

Our correspondent received this document referring to a meeting between Bathampton Parish Council on 15th June 2009 and, realising that there was much more going on here, made the subsequent requests that produced the documents that have so shocked the community.

‘Ian’ mentioned in the letter is Ian Dewey, BANES councillor, chair of the meetings. Mr Dewey owns property in Rennet Court, Bathampton. It is not clear whether he represents himself or BANES council in these discussions. One of the many pratfalls to meeting in secret is this lack of transparency and accountability. We ask Mr Dewey’s ward members to ask him some searching questions on these matters.

Minutes of the meeting between Bathampton Parish Council, a smattering of residents of Claverton and Bathampton and British Waterways, conducted in secret on 10th August 2009.

The same people then met a week later and walked the areas in question, spotted by Ian on his land, they refused to state their intentions although, when pressed, the officials from British Waterways admitted their identities.
Questions posed on 17 aug walk with answers

Of particular note in this document is question 2, reproduced here.

2. What are we going to do about non-continuous cruisers’ children going to local schools?

This is not something that can be addressed by British Waterways on its own. Other
stakeholders involvement is required but this is only likely to happen if a broader project is
commissioned.

This answer is couched in so much garbage that we believe a different spin will be put on this once BW, and the questioner are directly questioned as to the intention of this question which on the face of it would appear to be an attempt to deny the children of boaters attending the local school.

We encourage you to question your representatives, who must by law answer questions put to them, what exactly this question is intended to convey and what interpretation they put on the answers.
What is the ‘broader project’? does this refer to the draconian mooring proposals, a thinly veiled attempt to enthnically cleanse the Limpley Stoke Valley of its boating community.

There was a follow-up meeting at Bathampton Village Hall when British Waterways’ officers presented the Outer Zone proposals, again to the same closed group of people and again in secret.
MINUTES OF THE MEETING HELD AT BATHAMPTON VILLAGE HALL ON 28 AUGUST