More facilities for boaters are planned on the K&A. In a meeting between K&A Manager Mark Evans and representatives of liveaboard boaters in which refuse and sewage disposal facilities, water taps and maintenance were discussed, Mr Evans said he was looking at providing an extra water tap on the eastern end of the canal, possibly at Thatcham. He also stated that at present his aim is to install one new water tap or other facility each year. He informed boaters that CRT is seeking a review of the Biffa refuse collection contract at a national level, due to the numerous problems experienced by boaters of rubbish bins not being emptied and refuse piling up in an insanitary way. There will also be more skips provided occasionally so that boaters can dispose of large items of rubbish, these can also be timed to coincide with any towpath tidies.

Due to the significant water level problems on the K&A this year, Mr Evans and his team are to review the specification and functioning of the pumps at Bradford on Avon, Crofton and Wootton Rivers, as they appear not to be fit for purpose. Maintenance on the Seend flight, where water levels are also a problem, is scheduled for 2017-18.

Mr Evans also reported that some CRT staff had received abuse from certain liveaboard boaters. This is in a context where many liveaboards are feeling far more threatened, angry and fearful that they will lose their homes than they were 18 months ago. We don’t condone abuse of individuals, because it is the CRT’s enforcement policies that are the main cause of the persecution of liveaboard boaters. 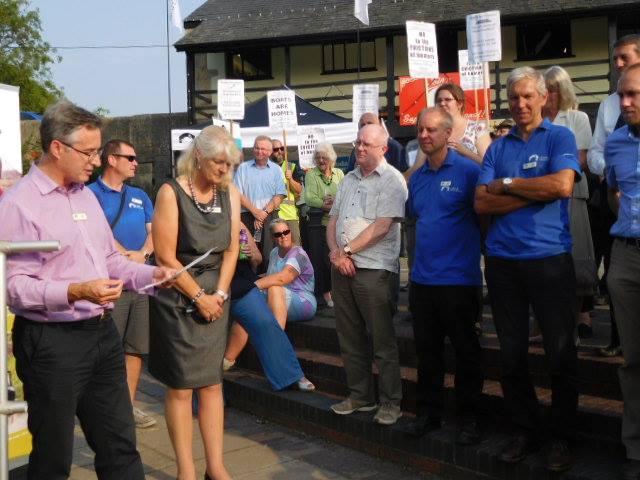 This entry was posted on Friday, December 23rd, 2016 at 5:10 pm and is filed under News. You can follow any responses to this entry through the RSS 2.0 feed. You can skip to the end and leave a response. Pinging is currently not allowed.