It is also important to understand what the complaints process may not reach. 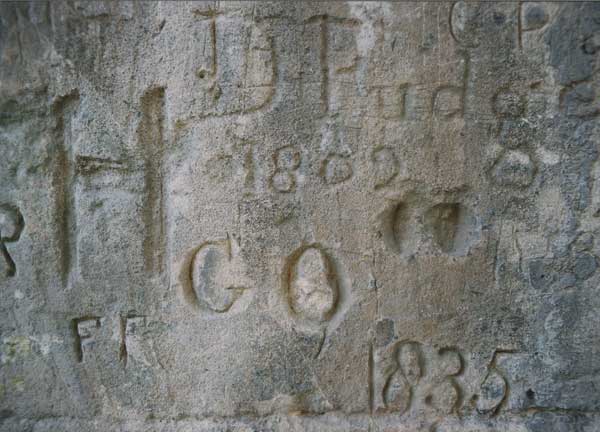 Points of law or legal interpretation may have to be tested in the Courts and that is a separate exercise. The Ombudsman also tends to shy away from getting involved in such questions. Using the complaints process may help you gather evidence of something dubious legally but generally is best for dealing with maladministration: In the simplest sense I mean when an organisation gets it wrong by not following its own procedures or basic common sense and good practice.

Most of the organisations mentioned here will usually post information out to you direct on request if you do not have internet access.

Do I need to complain?

Save yourself time – if it is simple, make a phone call, write a confirming letter or e-mail and ask for the matter to be put right. If they put it right, that solves the problem. If they don’t or don’t respond, then they have probably just given a bit of extra weight to your complaint.

The Golden Rule:
Don’t complain if you don’t know what you want!

The person receiving the complaint will look for two things.

The remedy – what would put the matter right for the complainant now?

Saying what you want done about a problem sounds really obvious but many people forget to mention that bit! If you don’t know and don’t tell them what you want, how can they put it right?!

1. Have they got their facts in order?

In the context we are talking about it is very important that if you do not agree with CRT/ BW records about your boat movements, you challenge that. If they are threatening legal action I would suggest that is an essential check to make.

In general you have rights to ask many organisations for sight of records they hold about you. e.g. If CRT/ BW say you were in a certain place at a certain time and you disagree, ask them to produce the appropriate patrol records.

In general information about you or your boat has to be disclosed on request under the Data Protection Act. You can ask for specific things or you can request to see all the personal information CRT/ BW holds on you.

It is best and most effective to stick to what you think is most relevant to your complaint.

The really important bit is that you also have rights to ask someone to correct false or inaccurate information they hold about you. You should do so if this is the case or otherwise they will later rely on false info and use it against you!?

If CRT/ BW take action against you based on wrong info that is manifestly unfair.

But it is down to you to check and challenge!

2. Is what they have done or are threatening to do appropriate?

Organisations like CRT/ BW must have detailed policies and procedures and follow them. This is basic good management and common sense. Polices should be clear, reasoned and reasonable, among other things, and staff should always be able to explain why they did what they did and what organisational authority they have for doing it. Reference to policies and procedure is the correct thing.

You have a right to check those policies and procedures and can request copies. Because this is not personal info, this is a Freedom of Information request, not Data Protection. Be clear about this difference.

Good organisations will produce their policies and procedures pretty much on demand. In the case of CRT/ BW most of it is on their website thought it is not always that easy to find.

Organisations that do not follow their own policies (or who simply do not have reasonably comprehensive policies) leave themselves open to accusations of maladministration and arbitrariness in how they deal with customers.

Now the Ombudsman will not tell CRT/ BW what policies they should have or dictate the detail of those policies, but may if he chooses (and if you have proven the point) rule that the current policy is inadequate.

Formally you can request policies and procedures under the Freedom of Information Act but it can also be used for other information that is relevant to you, notes of meetings and correspondence etc can be requested.

To go through even the basics fully would take at least a half-day formal training but for more info back to the information commissioner.

Get your facts right and be honest.

Getting your facts right is very important – its like giving evidence in a court – if you are caught lying or bending the truth people will start questioning all that you say. They will check what you say against their records.

I would always recommend using the DPA and FoI early on in a complaint or even in advance of a formal complaint to get your facts right or otherwise to help identify where you and CRT/ BW have a difference over the facts.

Get your facts in order

Any case officer dealing with a complaint will work out a time line – you should do so too – in the trade it usually called a chronology.

Date and if appropriate time of an event
What happened
Any documents or paperwork or other physical evidence, photo’s, witnesses etc
01 Jun
Found patrol Notice left on my boat
The Patrol Notice
02 Jun – 10.30 am
Phoned CRT/ BW
Spoke to D Smith
Pointed out that the notice had the wrong date on it and I that I had only been on the 14 day mooring 10 days They agreed to double check

02 Jun 18.30
e-mailed D smith to confirm conversation
(copy of the e-mail)
03 June 14.30
D Smith phoned to apologise for a mistake. Asked them to confirm in writing and they agreed.

20 June 12:30
Phoned D smith to say I haven’t received any letter as per the conversation on 03 June

Even if you don’t do this as you go along, put the basics together at the time you complain. Sometimes it also helps jog your memory of other things that may have happened and you can fill in gaps.

Keep all the paper work together – folder, carrier bag, whatever – look after it!

“We always try our best but sometimes we get it wrong or things don’t go according to plan. When this happens your feedback helps us to put things right and learn from our mistakes. We have a formal procedure for handling complaints. This is because it is important to us that complaints are resolved in a consistent, efficient and fair way.”

There are three stages to the complaints process.

You can read the basic instructions for yourself so I won’t repeat them here.

Note the time limits on making a complaint. It is reasonable to expect that if you have a problem you should say so as soon as possible.
As above, get your facts as straight as possible before you complain and if you need info from CRT/ BW, use FoI and Data Protection to check and if necessary to correct inaccurate info early on.
Where there are many dates and events always attempt to create a chronology. Include it as an appendix to your complaint in a table form and put any supporting documents in chronological order. This is what the pro’s do before they even bother thinking about the actual merits of the case.
i.e. Take time composing your complaint, don’t rush unnecessarily, and do it in this order:

Chronology
Gather supporting letters and documents and review versus the chronology.

Only then attempt to write the complaint

Ideally the Stage One complaint should put down all the relevant facts available.

Now there is a problem here in that, particularly when it comes to enforcement issues, CRT/ BW have this habit of pressing on despite a complaint being in place.

We can’t stop this behaviour but this where updating your chronology as the complaint continues is very important.

Note that if CRT/ BW do not respond within the time limits set out then you can put your complaint to Stage Two just through passage of time. On the whole I would recommend at least one chaser before you go down that route.

b) points of clarification only

c) any response to new points that they have introduced in their Stage One reply and refer directly to the correspondence.

If you are not satisfied with the response to a Stage Two complaint, the next step is to take it to the Waterways Ombudsman

Before you start down this route read the Ombudsman’s terms of reference:

If in doubt about whether he can handle your case, contact the Ombudsman informally before you submit your case. I have always found the Ombudsman offers a helpful and straightforward response to those sorts of enquiries.

This entry was posted on Wednesday, November 11th, 2009 at 12:58 am and is filed under Resources. You can follow any responses to this entry through the RSS 2.0 feed. You can leave a response, or trackback from your own site.