CRT’s Short Term Moorings Framework for Change published in March 2015 states that CRT will always consult users before making changes to visitor moorings, and also that any changes should be based on evidence of a need for the change that is being proposed. On the K&A, CRT has made changes to visitor moorings without any consultation at all and seemingly without any evidence that the changes are needed.

CRT is about to start a review of visitor moorings on the K&A east of Devizes, and it is important that any changes are based on the needs of boaters, not on the prejudices of canalside residents, as has happened in the past on the K&A. In around July 2016, CRT put up signs at the visitor moorings below Seend bottom lock (lock 17) that extended these 48 hour visitor moorings up to the culvert. Before the signs were put up, there were around 6 boat lengths of 14 day mooring space at this site and about 120 metres of 48 hour mooring space. Also in 2016, CRT reduced the time limit on the moorings at the railings by the old bus station site in Green Park Road in Bath from 14 days to 48 hours. There is already a shortage of 14 day moorings on the River Avon, and this makes it even more difficult for boaters who are being forced by CRT’s unlawful and punitive enforcement policy against boaters without home moorings to include the River Avon in their journeys to avoid enforcement.

The change to the visitor mooring at Seend is also contrary to the Kennet and Avon Visitor Mooring Review – Bath to Foxhangers, which recommended on 9th March 2015 that this length of visitor mooring should be made shorter and the remaining space should revert to 14 days. The review stated that the changes would be implemented in 2015 for a trial period from July to September.

The review stated at paragraphs 39-40 that:

“Seend Cleeve Reduce 48 hour visitor mooring below lock 154 [this is an error, it is bridge 154] by approximately half to retain section on the hard edge mooring only.Visitor moorings below the lock [ie lock 17] 48 hour (April to October), 14 day (November to March).”

CRT’s Short Term Moorings Framework for Change states on page 1 that before making any changes to visitor moorings, waterway managers should:

There is no evidence that any of the above steps have been followed by CRT before making either of these changes.

If you have been inconvenienced by these or any other visitor mooring changes, you may wish to complain to the K&A Manager Mark Evans. There will be a meeting to review the changes made between Bath and Devizes this month. You can download sample complaints here: 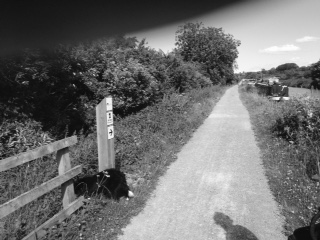 This entry was posted on Tuesday, December 13th, 2016 at 7:00 pm and is filed under News. You can follow any responses to this entry through the RSS 2.0 feed. You can skip to the end and leave a response. Pinging is currently not allowed.