On Saturday 25th May at 12 noon the Paddington Party and Flotilla will begin on the canal near Paddington station.

This will include activities for children and a flotilla with banners on boats to let the public know that boats are homes and to oppose the gentrification of the waterways. Paddington has seen years of gentrification and increasing lengths of public towpath being converted to business use.

Both events are organised by the National Bargee Travellers Association (NBTA) London branch as part of celebrations of its 10th anniversary this year.

These changes to the waterways do not benefit the majority of public users, especially those who live aboard. There are ever increasing ‘no mooring’ areas, reductions in mooring time limits and removal of public mooring space. Yet Canal & River Trust has plans for new mooring restrictions, more ‘no mooring’ signs, more business moorings and ever greater moves to make the waterways a place for profit not people.

The NBTA, as a community living on the waterways, opposes these towpath grabs and urges people to join in and take action to stop the waterways becoming a business park for profiteers. See https://nbtalondon.wordpress.com/ 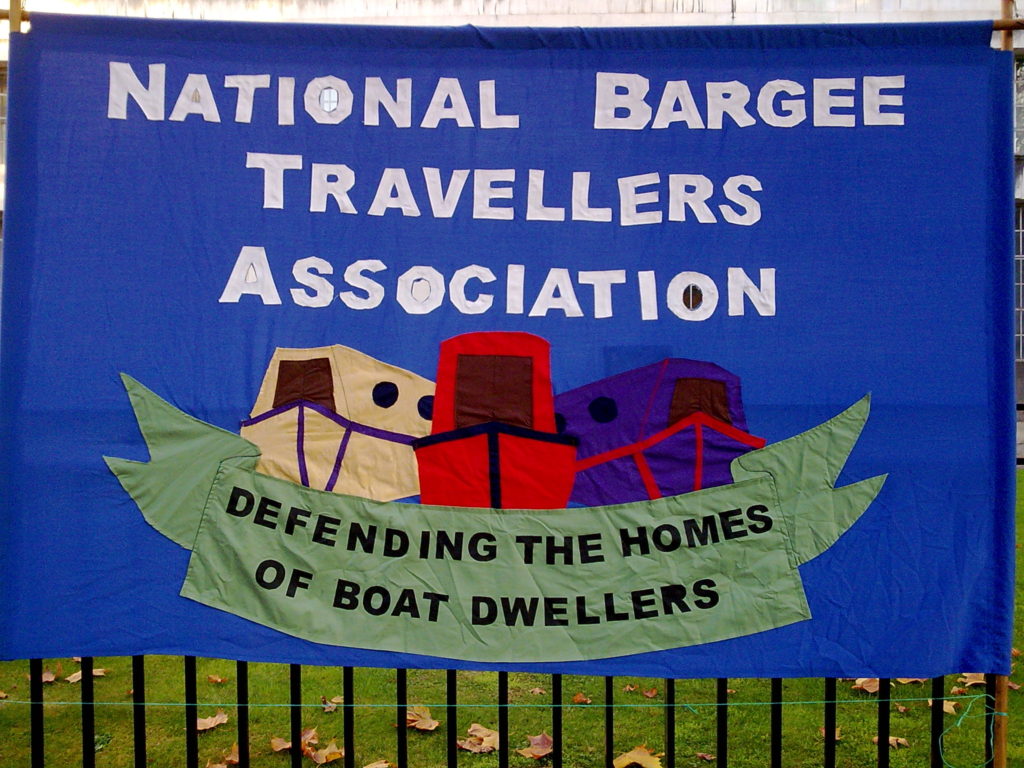 This entry was posted on Wednesday, May 22nd, 2019 at 3:36 pm and is filed under Continuous Cruisers. You can follow any responses to this entry through the RSS 2.0 feed. You can skip to the end and leave a response. Pinging is currently not allowed.