The CRT South East visitor mooring consultation ends this Friday 1st March. Please respond if you can. Below we publish an example response to the consultation, apart from comments on individual locations. END_OF_DOCUMENT_TOKEN_TO_BE_REPLACED 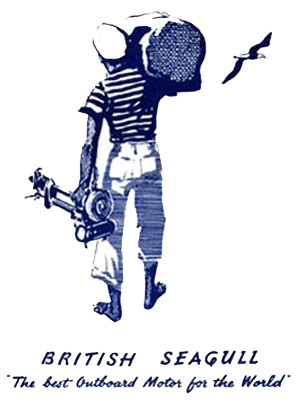 A gruelling test of man, dog and machine.

The British Seagull engine is legendary for being reliable, simple and almost indestructible. The British Admiralty ordered 1,000s in World War II specifying that they should ‘run for 24 hours non-stop’.

Well, three intrepid Kennet and Avon Boaters are to test this assertion in their own unique combination of Wacky Races, Three Men in a Boat and Those Magnificent Men in Their Floating Machines.

Starting from Reading they will attempt a non-stop cruise of the Canal to Bath in a small dinghy powered by a Seagull engine. And, we assume, a copious supply of two-stroke oil and petrol. 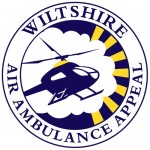 The intention is to raise enough money for 24hours of operation for the Wiltshire Air Ambulance, a charity without central government funding that, since its launch some 21 years ago, has attended literally thousands of incidents, providing an essential emergency medical service throughout the County of Wiltshire. It takes £1,917 to keep the air ambulance flying for 24 hours.

You won’t miss them passing – no matter what time of day or night—give them a cheer as they pass—or shout at them for waking you up, they won’t tell the difference over that din.

Now, I’m off to search eBay for electric outboards.

We have just received the following press release from Nigel Moore, who has won his case on appeal:

“They used to boast that they had never lost a Section 8 case, but the Canal & River Trust now have suffered a significant setback with regard to the extent of their claimed powers over boaters. END_OF_DOCUMENT_TOKEN_TO_BE_REPLACED

Diesel thief between Bath and Bradford on Avon

This is to alert boaters that there is someone taking diesel from boats between Bath and Bradford on Avon. One boat has already had a full tank siphoned. Please pass this message on. END_OF_DOCUMENT_TOKEN_TO_BE_REPLACED

The K&A Local Waterway Partnership Moorings Sub-Group delivered its proposals for the local mooring strategy to a meeting of the full Partnership on 31st January. END_OF_DOCUMENT_TOKEN_TO_BE_REPLACED

The next meeting of the K and A boaters’ action group will be on Monday 11th February at 7.30pm in Seend. If you have some time to contribute over the next few months (or longer) defending our rights as liveaboards; doing constructive things like towpath tidies; engaging in dialogue – where possible – with CRT etc, then we would like you to be in the group. END_OF_DOCUMENT_TOKEN_TO_BE_REPLACED

Another CRT resignation ahead of Parliamentary scrutiny of waterways partnerships

Councillor Fleur de Rhé-Philipe, Chair of the Kennet and Avon Local Waterway Partnership, resigned this week. Tamsin Phipps, who represents canoeists on the Partnership, is now acting as the temporary Chair.  The Partnership is about to release its review of the K&A local mooring strategy proposals. END_OF_DOCUMENT_TOKEN_TO_BE_REPLACED

You are currently browsing the Kennet and Avon Boating Community Website archives for February 2013.