There will be a floating market at Bradford on Avon Lower Wharf this weekend, 29th-30th July. Many of the K&A’s talented craftspeople, artists and traders will be selling their wares from 10am to 6pm this Saturday and Sunday. 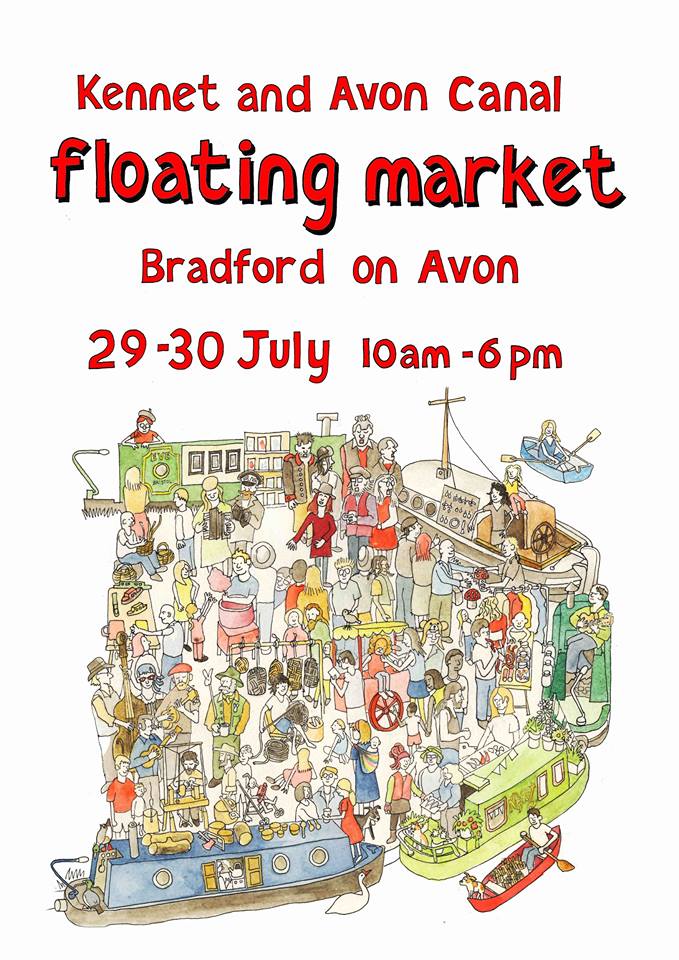 What will not be at the market however, is a CRT fund-raising stall. Neither will there be a stall by the National Bargee Travellers Association (NBTA), or any local boating group or local charities. Last summer both CRT and the NBTA had stalls at the floating market. CRT then told the market organisers that it would not support the market unless the NBTA was barred. The Christmas 2016 floating market had a prominent CRT fundraising effort. Some traders were angry that CRT had given themselves a clear run to raise funds without being faced by boaters who could tell the public what CRT was really doing to liveaboard boaters without home moorings. Other traders weren’t happy with political stalls like the NBTA, saying that it created the wrong atmosphere.

The market organisers tried hard to accommodate both viewpoints, but finally decided that a market was a market, and neither CRT, the NBTA, or any other organisation should be included, just traders. So get yourselves down to Bradford on Avon and have a lovely time and support our local boat-based traders!

This entry was posted on Monday, July 24th, 2017 at 10:24 pm and is filed under Community. You can follow any responses to this entry through the RSS 2.0 feed. You can skip to the end and leave a response. Pinging is currently not allowed.